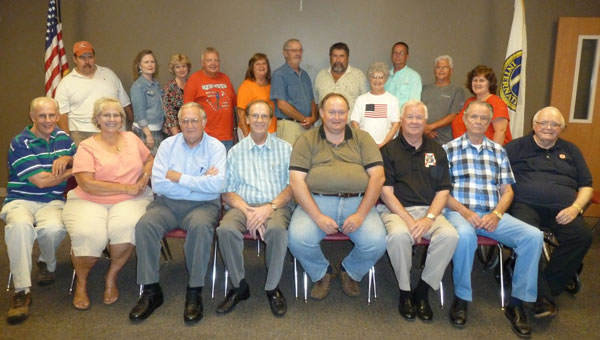 Every fall, the Shelby County Fair comes to the Exhibition Hall in Columbiana. We enter our products for judging and win prize money, take our families to enjoy the music, rides and exhibits for only $10, and love the food, especially the funnel cakes covered with powdered sugar. It is an annual event that we look forward to, but may also take for granted.

Behind the scenes is a dedicated group of Shelby County citizens that devote their time and energy to produce the Fair — the Kiwanis Clubs of Columbiana and Chelsea.

For 62 years, the Kiwanis Club of Columbiana has produced the Shelby County Fair as a family friendly event that is a true county fair and also raises money for Shelby County needs. Over $37,000 was given back to our community though the fair in 2010. That is correct, $37,000!

What is the Kiwanis Club? Kiwanis International was founded in Detroit, Mich., in 1915 and is one of the largest service organizations for men and women in the world with 8,400 clubs in 96 nations and over 606,000 members. Their motto is “Serving the Children of the World.” The Kiwanis club also sponsors the high school service club, the Key Club.

Columbiana’s Kiwanis Club was chartered February 19, 1947. The late John Jones was a strong leader and energizing force to chair the fair for many years. It is impossible for one person to fill the hole left by his death. Instead, the club developed a fair committee to divide up the many fair duties.

The fair committee consists of: Columbiana members Sue Bryars, Sid Wheeler, Michael Letlow, Johnny Jones, Renee Miller and Chelsea members Dale Neuendorf,Mike Denton. It may take a village to raise a child, but it takes a lot of hard work and volunteer hours to produce a fair.

The Shelby County Fair will be Sept. 19-24, 2011. Now is the time to think about entering your produce, plants, flowers, bake goods, art, crafts and photography for cash prizes at Shelbycountyfair.com.

The Kiwanis Club is open to all. For information in joining the Columbiana Kiwanis Club, call Sue Bryars at 669-6254 or email suchbryars@bellsouth.net.