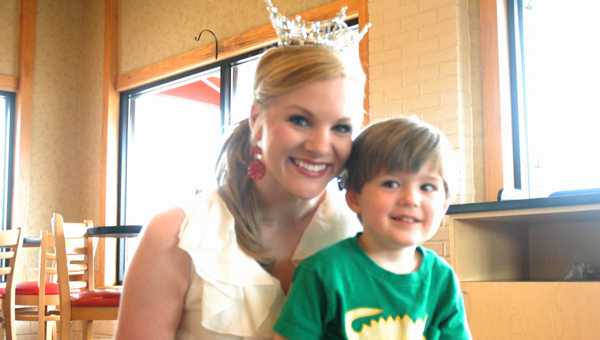 PELHAM – Since being crowned Miss Alabama in June, Courtney Porter said she’s had a lot of opportunities to impact a lot of lives.

Her latest opportunity came Thursday afternoon, when she appeared at the Pelham Dairy Queen to help the store raise money for its sixth annual Miracle Treat Day.

For every Blizzard sold today at every Dairy Queen across the state, at least $1 will be donated to Alabama’s Children’s Miracle Network Hospital. At the Pelham Dairy Queen, all proceeds from every Blizzard goes to charity.

In 2010, Miracle Treat Day raised more than $45,000 in the state and $4.6 million in North America. Dairy Queen, a national corporate sponsor since 1984, has raised more than $80 million for Children’s Miracle Network, making it one of the top five contributors to the charity. 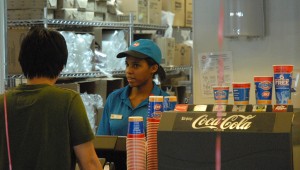 For her part, Porter spent two hours signing autographs, posing for pictures, blending ice cream and encouraging customers to buy a Blizzard. Balloons were sold for $1, with the proceeds also going to the charity.

“Children’s Miracle Network is a partner with the Miss America organization,” said Porter, an Auburn graduate who interned with the charity a couple summers ago. “We are able to raise so many funds for these children. I don’t think there’s anything better for us to invest our time and our money in than the future of our children.”

“It’s awesome,” Everett said. “We’ve been excited about her coming. We’ve been working hard to get donations.” 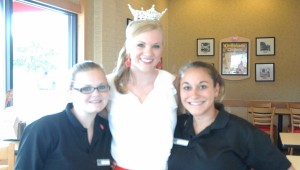 Porter said she has sponsors in Shelby County and visits often. Since winning the crown, she’s been to the county at least two other times. She participated in Columbiana’s Liberty Day parade in June, and was the mistress of ceremonies for the Miss Shelby County Pageant in July.

She said she’s staying busy, having fun and enjoying all the new experiences.

“The crown on your head gives you so many opportunities to talk to so many wonderful people,” she said. “You never know who is watching and who is listening. The ability for me to brighten someone’s life each and every day is a great experience for me to have.”

A UM ‘institute and icon’ passes away