‘Face of Valleydale Church’ passes away 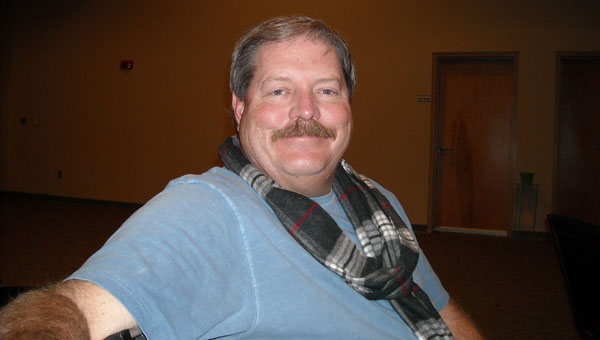 NORTH SHELBY – The word “encourager” was repeated over and over when friends shared memories of Rob Murray, Valleydale Church’s late recreational ministries director.

Murray, 56, passed away on Saturday, Aug. 13 after succumbing to the effects of a heart attack. He was the husband of Diane and the loving father of Tyler.

“He had a massive heart attack while working in his yard that afternoon,” church member Cindy Warner said. “He realized the symptoms of a heart attack and called 911 himself. He coded in the ambulance, and when they got to the hospital, they just couldn’t bring him back.”

Murray lead the church’s senior adult ministry, as well as the Upward sports ministries. He coordinated Wednesday night meals and was involved in both children and adult drama ministries within the church.

“For many of us, other than the senior pastor, he was the face of Valleydale,” Warner said.

“The one spiritual gift he had that I’ve heard people say over and over was the gift of encouragement,” she said. “He didn’t see you and not have something encouraging to say.”

Another church member, Rhett Barnett, commended Murray for his selflessness.

“So many folks have said it that it all starts to sound alike,” Barnett said. “We all say we love him and miss him, and we say we’ve never seen anyone do so much for so many. On a very personal basis, he did something for everyone he met.”

“Rob was a neat fellow. He had a lot of background in a variety of different things. He could build stuff and was a great communicator. He didn’t meet strangers,” McCammon said. “He was the life-of-the-party kind of guy — real positive, upbeat. Everywhere he went, he made friends. People were drawn to him and liked him.

“Rob was the guy who never really understood that the glass could be half empty, it was always half full,” he added.

Murray was a part of the church’s drama teams, and McCammon said he was “just a trip.”

“He had a flair for the dramatic, could do just about any accent you could want him to, and some you didn’t,” McCammon said with a laugh. “He was a character.”