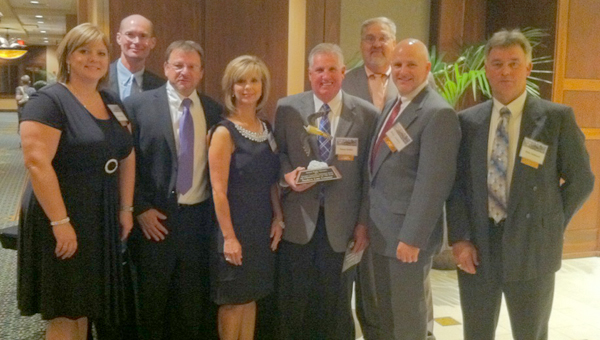 The Alabama Department of Environmental Management nominated Southern Lime for the award.

When fossil fuels are burned in industrial processes, nitrogen oxides are emitted into the air and contribute to the production of ground level ozone. Last year, Southern Lime said it decided to do something about that.

In what the company called a “proactive move” at a cost of more than a half-million dollars, the company installed a selective non-catalytic reduction system to reduce nitrogen-oxide emissions from the plant.

The new system injects a non-hazardous urea solution into the process exhaust gasses that reacts with them to produce harmless forms of nitrogen and water.

A plant-wide test was held last year, and the decision was made to fully implement the system. Total nitrogen-oxide emissions at the plant have been reduced by 70 tons per year.