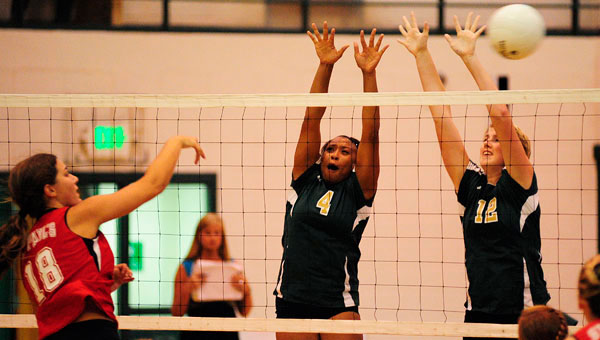 Despite the loss, O’Quinn said she found a few positives in the opening match.

“There were a lot of things that we did really well,” O’Quinn said. “I can find lots of positives in the first three games. We weren’t competing in that fourth one.”

The Panthers dropped the first two games before rallying for a 25-17 win in the third game. However, the momentum gained in the third game was quickly lost in the fourth game as St. Paul’s clinched the match.

O’Quinn said she learned a lot about her team in the first match of the season.

“My girls are real versatile,” O’Quinn said. “St. Paul’s is a solid team. I would rather take a shot at them than have a gimmie.”