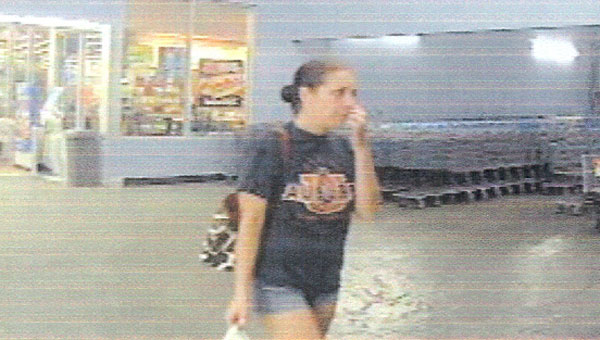 Security cameras at the Pelham Walmart captured this suspect leaving the store on July 25. Police said she and one other suspect stole hundreds of dollars in electronics from the store. (Contributed/Pelham Police Department)

The Pelham Police Department is on the lookout for a pair of suspects officers said stole “several hundred dollars” worth of electronics from the Pelham Walmart on July 25. 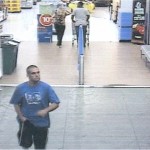 One suspect was a female, and was seen leaving the store in a navy Auburn University T-shirt and denim shorts and a brown and white purse.

The second suspect, who had a shaved head, was seen exiting the store wearing a blue DC Shoes T-shirt and black gym shorts.

Anyone with information related to the burglary or the suspects should call Folmar at 620-6550.