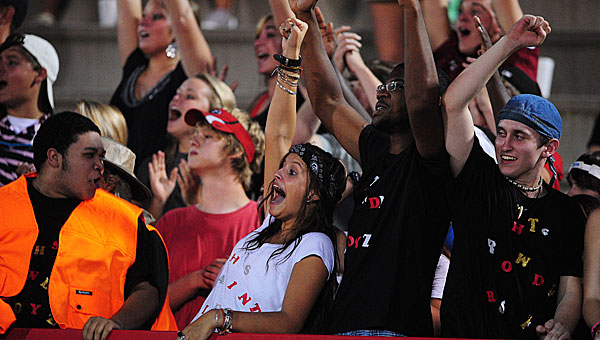 A few weeks before Dr. Danny Steele began his first semester serving as principal of one of Shelby County’s largest high schools, he was thrown a curve ball.

After the Shelby County School District used a program called STI to manage grades and track student performances for several years, the state Department of Education this summer required all schools to move to a new grading software called INow.

Through INow, teachers are able to post students’ grades onto the school’s website, which allows students and parents to see the grades shortly after they are earned.

However, the system also has several differences from the old STI system, which came with a learning curve for teachers accustomed to the old system.

“There was a potentially stressful situation in transitioning to a new software for this year,” Steele said. “But our staff turned that into a positive and responded with absolute poise and professionalism.”

As with many of the past several years, THS experienced a student population growth when classes began on Aug. 11, adding about 30 students to last year’s enrollment of about 1,740.

But Steele, who came to the school this year after longtime THS principal Robin Thomas was promoted to serve as the county’s high school coordinator, said a hard-working staff helped ensure there were no major problems.

“How has the beginning of the school year gone? The short answer is awesome,” said Steele, who served as an assistant principal of Vestavia Hills High School before coming to Thompson. VHHS has a student enrollment nearly equal to Thompson’s.

“Everything so far has exceeded my expectations,” Steele added, noting he also served as a THS assistant principal several years ago.

Shortly after he was named the THS principal, Steele said he would have to make some adjustments while moving from a city school district in Vestavia to a county district in Shelby County.

Steele said making the transition from assistant principal at VHHS to principal at THS was made easier by the Thompson staff members, many of whom were at the school when Steele worked there previously.

“The fact is, I don’t teach any kids. All the groundwork is done by my staff, and they make my job easy,” Steele said. “The first week of school has absolutely been a success, and it’s because I have an excellent staff.”