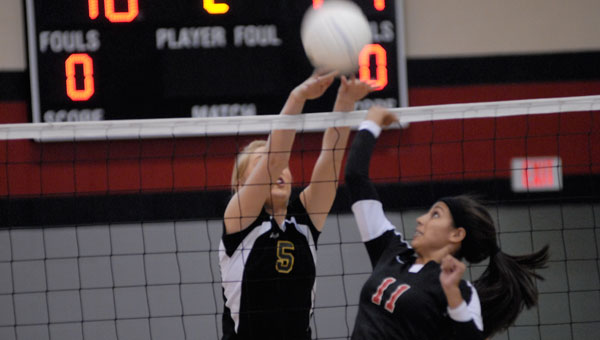 O’Quinn got a glimpse of how her team will react to adversity during the third game of its Alabama High School Athletic Association Class 6A, Area 10 opener Aug. 23 against rival Thompson.

The Panthers, who took the first two games in the match, responded to a Thompson run with a game-clinching run of their own to seal a 25-16, 25-20, 25-18 win on the road in a hostile environment.

“We focus on the runs — eliminating theirs and extending ours,” O’Quinn said. “It’s such a quick, fast game.”

Senior Porsha Tolbert led the Panthers (5-4 overall, 1-0 in Class 6A, Area 10) with eight kills in the victory. Tolbert also had a team-high seven digs to go along with three service aces and two blocks.

The Panthers had little trouble in the first two games of the match. Pelham took the first game 25-16 before picking up a 25-20 win in the second game.

However, the Panthers came back with a 10-0 run with Kepler serving, which took away any hope of the Warriors avoiding a sweep.

“Serving can be our bread and butter,” O’Quinn said. “We dominated behind the service line tonight.”