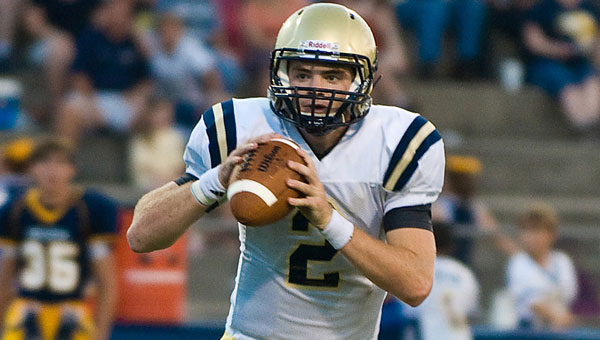 Briarwood Christian scored a touchdown in the final two minutes for a 21-18 win at Eagles Landing (Ga.) on Aug. 26.

Quarterback Ben Craft scored the winning touchdown on a 1-yard run, giving the Lions their first lead in a game between top-ranked teams from bordering states.

“Both teams showed a tremendous amount of character,” Briarwood assistant coach Jay Mathews said. “We feel like both teams are going to go on to have very good seasons. It was an exciting game.”

Briarwood (1-0) cut the deficit to 12-7 late in the second quarter when Michael Latham scored on a pass from Craft.

Eagles Landing answered with a touchdown and led 18-7 at the half.

Matthew Furuto scored on a pass from Craft in the third quarter, and Briarwood entered the fourth quarter losing 18-14.

Briarwood scored again, but the touchdown was called back for an illegal block.

Eagles Landing took possession deep in its own territory midway through the fourth quarter. Eagles Landing converted on fourth-and-1 from about its 25-yard line.

“It was a gutsy call,” Mathews said.

Trying to run the clock, Eagles Landing again went for a fourth-and-1 conversion, but Briarwood’s defense stopped it at the Eagles Landing 40, setting up the Briarwood offense for a game-winning drive.

Eagles Landing put together a final drive, which Briarwood ended with an interception deep in its own territory.