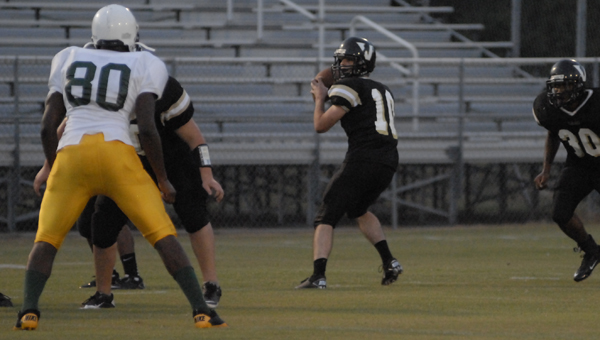 The Yellow Jackets cruised to a 40-7 win against Central-Hayneville on Friday night, giving Zeb Ellison his first win as a head coach in their home-opener.

“It’s a big, big load lifted off me,” said Ellison, who spent the last four years as a defensive coordinator at three different schools. “We took a big step from where we were at last week (in a 35-14 loss at Maplesville).” 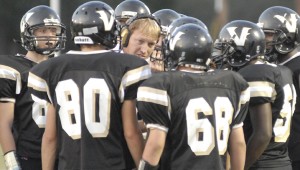 After that loss, Ellison made a switch at quarterback and tweaked Vincent’s defensive scheme to better suite its depth.

Michael Gilham, a sophomore, made his first start at quarterback. Demauntey Johnson, a junior who started at quarterback last season, moved to the backfield.

Gilham made the wrong read and threw an interception.

“I came back and responded well,” said Gilham, who led Vincent to touchdowns on its next five drives to lead 33-0 at halftime.

Gilham threw a 15-yard touchdown pass to Terio Rodgers in the first quarter and scored on a 3-yard run in the second quarter.

ShaCorry Lilly scored on runs of 5 and 20 yards, and Johnson scored on a 9-yard run to cap Vincent’s first-half scoring.

“Demauntey is such a strong runner and good blocker,” Ellison said. “We felt we weren’t using all of our tools and weapons (with him at quarterback). We needed an extra blocker, and he’s the best guy for that fit.”

Along with playing halfback and fullback, Johnson also handled Vincent’s kicking duties. He made 4 of 6 point-after kicks.

Central-Hayneville took the first drive of the third quarter and marched to face fourth-and-3 at the Vincent 6. Lilly tackled a scrambling quarterback, Tracey Tillman, in the backfield.

Vincent fumbled on its next drive, but an interception by Lilly returned possession to Vincent and led to a 32-yard run by Rodney Groce for a 40-0 lead.

Vincent’s defense stopped Central-Hayneville again on fourth down, this time on fourth-and-2 from the Vincent 22.

Tanner Sands had interception for Vincent late in the third quarter.

Central-Hayneville scored its lone touchdown – a short pass from Tillman to Alex Bryant – in the final minute of the fourth quarter against Vincent’s reserves.

It was slightly different defense than Vincent used the previous week. Vincent switched from a 3-3-5 to a 3-4 defense.

“The only that things that really changed was the reads out of our linebackers,” Ellison said. “We feel that’s where we need to be for later down the road.”

Vincent’s next home game – Homecoming against Francis Marlon – is Sept. 30. Its next three games are on the road, starting Sept. 9 at Billingsly.

“We’ve got keep focused, don’t overlook anyone and know the odds are going to be stacked against us going on the road,” Ellison said. “We have to prepare twice as hard and go in there willing to come from behind.”