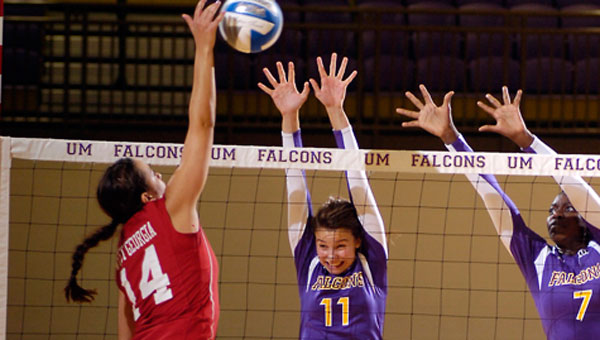 The Falcons defeated the Wolves four days prior on a neutral court, but Montevallo struggled to get going offensively in a 23-25, 20-25, 16-25 sweep in its first home match.

Fellow freshman Brianna Guzinski chipped in eight kills and 10 digs, while Michelle Carle and Manyi Ati had seven kills each. Junior setter Betsy Stevenson had 27 assists before leaving the match with an injury.

Senior libero Rachel Wotitzky took over for Stevenson in the third game and finished with 10 assists to go with her 11 digs.

The Falcons hit the road for a tournament at Tusculum College this weekend, where they will face four region opponents.