Ray and Vicki McCallen of Helena are proud to announce the engagement of their daughter, Elizabeth, to Jonathan Lovell.

Elizabeth is the granddaughter of the late Randall and Ann Littrell of Chattanooga, Tenn., and Jean McCallen and the late Hugh McCallen of Rosemark, Tenn. She graduated from Pelham High School in 2004. She then attended Auburn University and graduated in 2009, majoring in graphic design. Elizabeth is employed currently by Southern Living magazine/Time Inc. 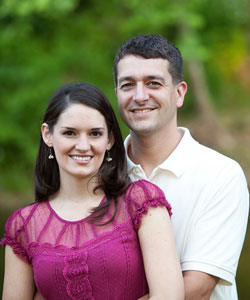 Jonathan is the son of Stephen and Elizabeth Lovell of Birmingham. He is the grandson of the late William and Florence Rose of Bloomington, Ill., Mr. and Mrs. Lyle Lovell of Portage, Ind., and the late Anna Belle Lovell. He graduated from Thompson High School in 1997. He then graduated from Auburn University with a degree in zoology in 2002. He obtained his master’s degree in civil engineering from the University of Alabama at Birmingham in 2008. He is employed currently by Layton Environmental Engineering.

With or without claws? Ask this question first

By DR. FRED SELF / Veterinarian It is a shame that cat owners looking for a new cat,cannot ask that... read more