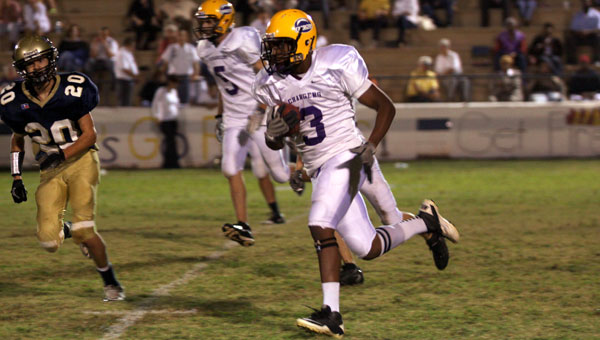 Cornerstone Christian School coach Tim Smith spent the second half of a 53-26 win over Lyman Ward in an AISA Class 1A, Region 1 game Sept. 16 building his team’s depth.

“We played a lot of young kids tonight,” Smith said. “They work hard at practice, too.”

B.J. Smith returned the game’s opening kickoff 95 yards for a touchdown and the Chargers never looked back in the road victory.

The Chargers will take next week off before facing Jackson Academy in one of the top AISA Class 1A, Region 1 games of the season.