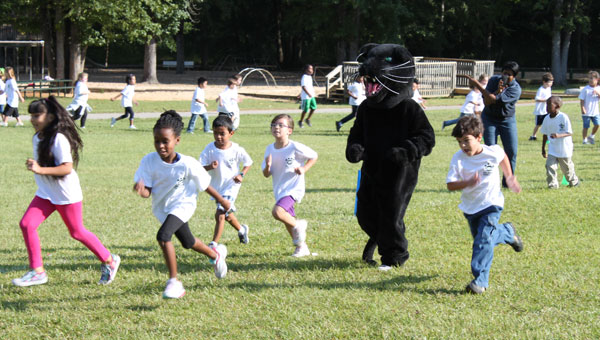 PELHAM – When the song “Who Let the Dogs Out” came through the speakers behind Valley Elementary School, students began barking along as they continued to run during PTO-sponsored fun run Sept. 16.

Every student, teacher and volunteer received a fun run T-shirt, complete with a round chart on the back to record laps run. Parent volunteers and teachers held markers and waited for the kids to come around the track. They marked each child’s shirt as he or she completed another lap. For each lap completed, the child earned more money from the pledges they received.

“They’ve been doing it all week,” said Kim Berry, mom of first-grader Steven. “They wore different color socks and wore clothes of their favorite sports teams. They got pledges from 25 cents to $2 to flat rate.” 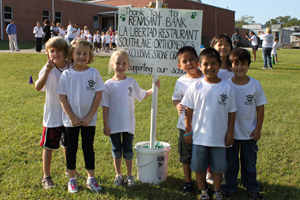 The school’s PTO sponsored the event to raise more funding for the school, which has been necessary due to budget cuts, PTO Vice President of fundraising Kelly Bjornstad said.

“We pay for copy machines, copies, paper towels, things like that,” said Bjornstad. “(The fun run is) also about health for the kids.

“Every class’ goal was to raise $200. The most they can run is 35 laps because some kids can just keep running,” she added with a laugh.

Students in Lyndsay Anderson's second-grade class dressed up as everything from nurses to scuba divers Sept. 15 during the school's... read more