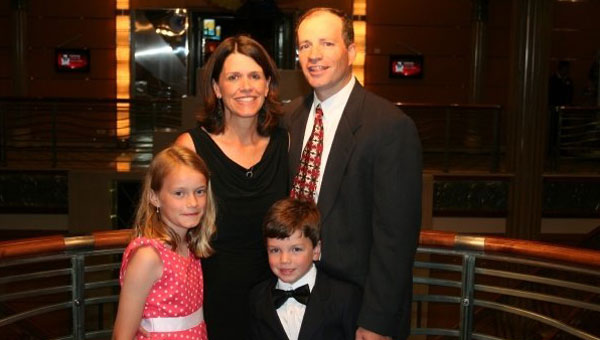 HELENA – Kristen and Jeff Blanton moved to Helena to follow Jeff’s new job with a lumber company in Vance. The family moved from Powder Springs, Ga., where they had lived for the past 20 years.

Kristen Blanton was a history and education major from Samford University, and used her education to teach history for 11 years. When she decided to get her master’s degree, she decided to try counseling.

“I wanted to get my master’s degree in something, and I really like that whole career college counseling aspect, like a school counselor. Most counselors in school settings have had teaching experience. It helps to have that,” she said.

“I taught history for 11 years and have been a counselor since then,” Blanton said. “I like just getting to work with kids and parents and trying to get kids to be all they can be. I know that sounds like a cliché, but I like helping them get where they want to be in their future.

“I don’t want them to start out shaky,” Blanton said of the ninth-graders she counsels. “It’s a hard transition year.”

“Jack’s playing football for Helena, and my daughter is playing softball on the Alabama Twisters out of Helena. We jumped right in,” Blanton said with a laugh.

Blanton said she and Jeff closed on their house at the end of August and moved to Helena prior to school starting.

“Helena, it’s a little different, but it’s not different. We lived in a suburb of Atlanta,” Blanton said. “What’s nice about it is that it’s a small town near a big town. You can be at the big mall in 20 minutes, and that is a very good thing.”