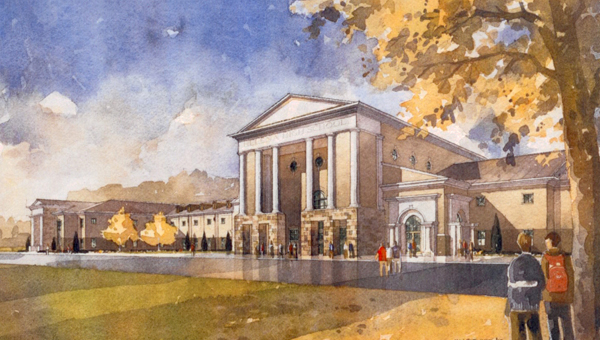 Helena officials will offer the U.S. Steel corporation $1.7 million for about 78 acres to house a Helena high school, after the City Council voted unanimously during a Sept. 20 meeting to make the offer.

During the meeting, the council voted to give Helena Mayor Sonny Penhale the authority to enter into the purchase agreement with U.S. Steel, which currently owns the land directly across Hillsboro Parkway from Helena Middle School.

The council likely will meet again in about 30 days to finalize the bonds the city will issue to fund the land purchase, said Councilwoman Cris Nelson. The bonds will be funded by extra revenue generated by an additional penny sales tax, which the council enacted several months ago.

U.S. Steel originally said it would sell the land for $3.5 million, and later lowered the price to $2.4 million. However, a city-ordered appraisal of the land came in at $1.7 million.

In May, the council voted to give Penhale the authority to condemn the land as a “last alternative” if the city’s negotiations with U.S. Steel were not successful, Nelson said.

“They wanted more money and we said no. Then, we discussed the condemnation proceedings, and they came back and said they would cooperate with us,” Nelson said. “We are very pleased with the result.”

Once the city finalizes the land purchase, the Shelby County Board of Education will grade the land and construct the new school building. The new school is still on track to open in the fall of 2013, Nelson said.

The city will fund athletic facilities at the school.

Helena students currently attend Pelham High School, where they make up about half of the school’s enrollment, PHS Principal Bob Lavett said previously.