A 24-year-old man has been charged with reckless murder in connection with a two-vehicle crash Sept. 24 on U.S. 280 in Chelsea.

Angel Rubio Gonzalez is being held on a $1 million bond in the Shelby County Jail.

Authorities say he was traveling west on U.S. 280 on Saturday night when his 2002 Ford Explorer left the right side of the road and hit a parked Buick on the westbound right shoulder at about 10:20 p.m. 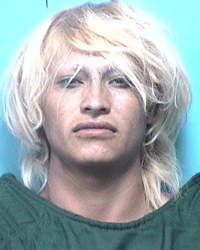 Killed was Patricia Ann Swindall Morris, 51, of Sterrett, according to the Alabama Department of Public Safety. Scottie Morris, 40, also of Sterrett, was a passenger in the Buick and was taken to UAB for his injuries.

DUI and speed were factors in the crash, according to State Troopers, who are still investigating the crash. More charges may be pending, they said.

Gonzalez’ identification lists Birmingham as his city of residence.

Sen. Ward: Judge’s ruling ‘victory’ for those against illegal immigration