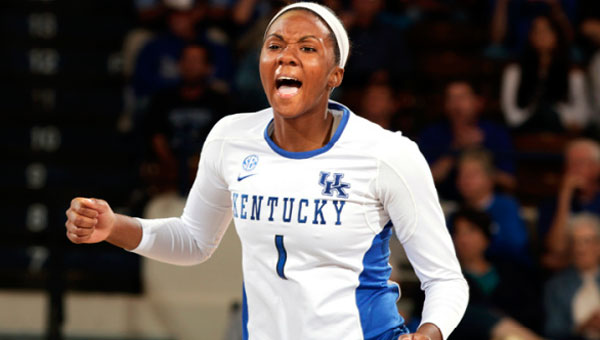 Former Pelham High School volleyball standout Whitney Billings, a sophomore at the University of Kentucky, was recently selected as the Southeastern Conference Defensive Player of the Week. (Contributed)

Former Pelham High School volleyball standout Whitney Billings, a sophomore at the University of Kentucky, has been named the Southeastern Conference Defensive Player of the Week following an all-around defensive performance in two road victories this past weekend for the Wildcats.

Billings became the first player this season to earn SEC Defensive Player of the Week honors who is not a primary defensive player. All of the other winners this season play either libero/defensive specialist or middle blocker.

The Helena native charted 3.29 digs per set and chipped in with 1.14 blocks per stanza in helping the Wildcats to a 5-1 start in league play. Both totals ranked second on the team in that category.

Billings posted a season-high 15 digs in the four-set win at Arkansas. It marked the 20th time in her career she has notched 10 or more digs and the ninth time this season. Her dig total was a match-high and led all defensive players.

Billings followed that performance with a season-high six blocks in the win at LSU. She had totaled five or more blocks just one other time in her career. The six rejections led all players in the match.

This marks the first defensive player of the week honor for a Billings, and the second weekly SEC award in her career. Billings was named SEC Freshman of the Week once last season.

Billings was named the Shelby County Reporter Player of the Year following her senior season at Pelham High School in 2008.