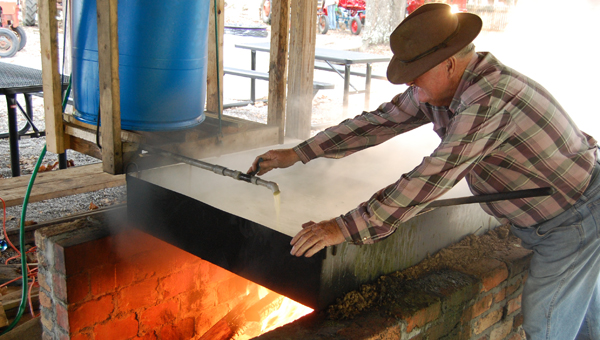 SHELBY – A look at what life was like in the Civil War days was on display this weekend.

The 23rd annual festival was held Saturday and Sunday. The event was free to the public.

The festival was hosted by the Shelby Historic Association, a non-profit group responsible for maintenance and development of the park. Each year, the festival serves as the primary fundraiser for the park, according to Harry Burks, the treasurer of SHA.

On Sunday afternoon, Tom Calfee worked to make cane syrup the old fashioned way, just as it was made in the Civil War days.

“We do this every year,” Calfee said.

Each year, the syrup-making process, along with blacksmithing and sawmilling, are the most popular attractions at the festival.

The event also gave people a first look at a new building, which is almost complete. Once finished, the building will have a full restaurant-style kitchen, bathroom facilities and a large meeting and dining area for community events.

The building hasn’t been named yet, but one possible name is “The Warehouse,” a tribute to Shelby Iron Works founder Horace Ware.