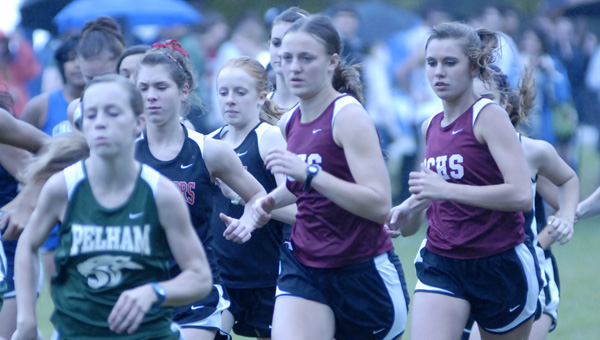 Add a consistent misty rain to the equation and it can be downright difficult, Head said.

Head, who ran the race as an individual with Shelby County fielding only two runners, said she felt a sense of accomplishment after joining former Pelham standout Dena O’Brien as a back-to-back county champion.

“It’s such a tough course,” Head said. “I always feel really good after running it.”

The Warriors’ Michael Johnson edged defending boys’ champion Will Hamaker of Oak Mountain by less than a second to claim the boys’ individual championship.

Johnson said he was motivated to win by those who have disrespected the Thompson boys’ cross country team.

“I was just trying to prove all of the people wrong who think Thompson isn’t any good,” Johnson said.

Oak Mountain claimed the boys’ team championship after featuring two top-five finishers, including Travis Rocha, who came in fourth overall in individual standings with his time of 17:54.32.

Complete results are posted below.