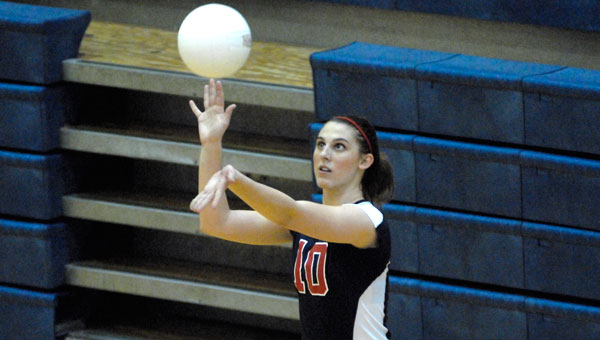 Hannah Kowal and Emily Cosgrove led Oak Mountain (29-10) with 10 kills each in the victory.

Porsha Tolbert led Pelham (38-19) with seven kills and nine digs in the match.

Allen led the Panthers with 15 kills, 12 digs and two blocks in the win.

Days registered three service aces and eight digs to go along with 40 assists in the victory.