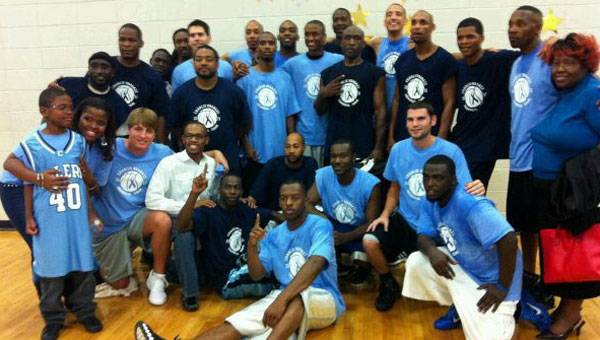 Past players at Calera scheduled a charity basketball game Oct. 13 to raise money to pay off a $1500 debt following his funeral and to provide his family with a headstone after Jones was murdered in a shooting in Calera last July.

Joel Duncan, who along with George Drake helped organize the event, said the game was such a success that plans are to continue having a game each year in honor of their former teammate.

“It was a great turnout,” Duncan said. “It far and away exceeded our expectations.”

The former Calera players between 1996-2005, which included many of the best teams in school history, split into two squads. The players from 1996-2000 faced off against standouts from 2001-2005, as well as current Calera senior Deondre Haynes.

Duncan said the group expected only around 200 or so spectators, but he estimated as many as 600 people showed up to pay tribute to the former Eagle.

“Charlie was a wonderful person, that is truly missed by all his friends and family,” Duncan said.