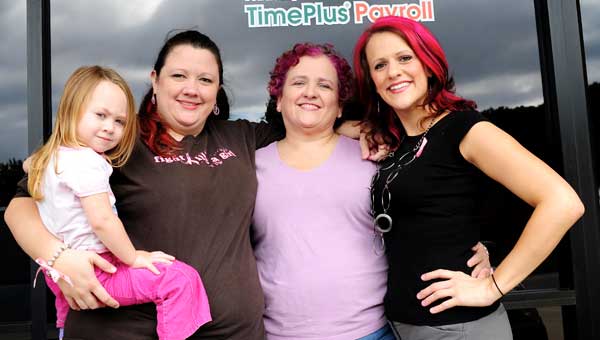 Patty Miller had a mastectomy and reconstruction after her diagnosis

When Alabaster resident Patty Miller was diagnosed with breast cancer in 2006, she did not have to undergo chemotherapy or radiation.

Instead, she had a mastectomy, the surgical removal of her breast tissue. It’s a surgery that many breast cancer patients have – some out of necessity and others by choice to help safeguard against the return of the disease.

For Miller, the surgery and her following reconstruction were tough, both physically and mentally, but five years later, she’s still cancer-free.

“Surgery, in general, is pretty scary, but truthfully, I felt fortunate it was all I had to do,” she said.

Dr. Clement Cotter, a plastic surgeon with Shelby Plastic Surgery and Cotter MedSPA in Alabaster, has performed numerous reconstructions on women who have had mastectomies.

Cotter said many women choose to have prophylactic surgery, which is to remove one or both breasts as a preventive measure.

“That is more common these days but is entirely up to the patient,” he said. “The decision may be influenced by the type of breast cancer or the patient’s preference. That is, there are some breast cancers that are more likely to be in both breasts. Also, many patients are fearful that they will get breast cancer in the other side and just want to reduce their fears and chances at the same setting.

Miller was diagnosed in August of 2006 and she had a mastectomy the following month. She later had reconstruction surgery but was unhappy with the results.

“I’ve told people I feel more like a reconstruction survivor than a cancer survivor,” she said.

However, she was pleased with the results from her second reconstruction surgery and these days, she is an active voice in the fight against breast cancer.

Each year, she and her two adult daughters dye their hair pink – Manic Panic’s “Hot, Hot Pink” – and pass out calling cards that say, “Feel your boobies.”

She also stresses the importance of routine mammograms, which is how her cancer was caught, and the fact that life after cancer should be “fun.”

“It does change your life in many ways, but life is still wonderful and I’m still thankful to be here,” she said.

Edwina Chappell, in red, sings "Stand By Your Man," as Calera's Nicky Ingram and Bo Robertson dance in time to... read more