Eagles headed back to Elite Eight 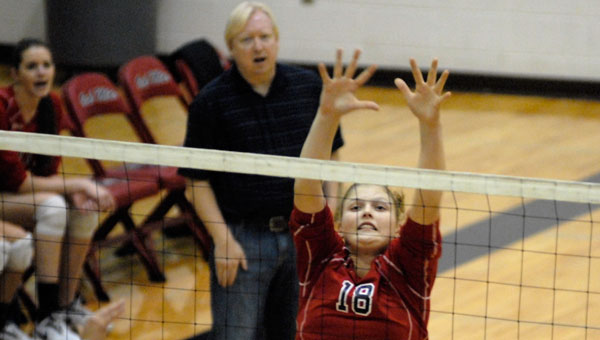 “Lance brought a whole new perspective,” Goodwin said. “He’s been utilizing all of our hitters. Everyone stepped up. We proved everyone wrong.”

After dropping the the first set to the Yellow Jackets, Oak Mountain cruised in the final three sets.

The Eagles clinched the second set 25-17. Cosrgove slammed a kill to give Oak Mountain a 14-3 advantage and the Eagles never looked back in a 25-11 win in the third set.

Oak Mountain raced out to an early 10-1 lead, capped by a block from Cosgrove and Beach, on its way to a 25-11 win in the final set.