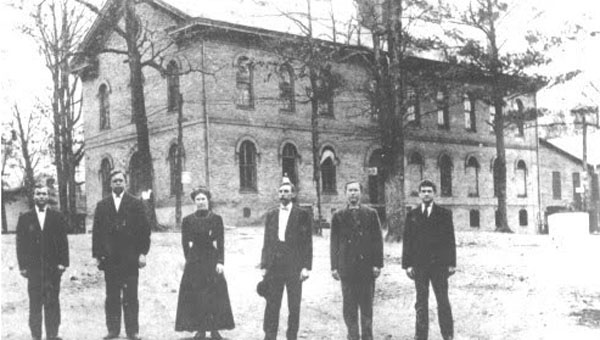 Shelby Iron Company staff stand in front of the Shelby Iron Commissary in a photo likely taken in the 1870s, according Historic Shelby Association board member Hylott L. Armstrong. Daily business recrods detailing the rise and fall of Shelby Iron were discovered in the commissary building in the mid-1900s and donated to the University of Alabama. (Contributed)

SHELBY – The Historic Shelby Association wants to digitally archive a massive collection of business records detailing the rise and fall of the Shelby Iron Company.

The collection covers Shelby Iron’s daily operations from 1862 to 1930 and is maintained at the University of Alabama’s W.S. Hoole Special Collections Library.

Historic Shelby operates the Shelby Iron Works Park and is worried some items in the collection may be deteriorating with age. Its board of directors this week began soliciting corporate sponsors to help fund digitizing the collection.

“This is the most complete set of records about the production of iron in the South that’s all in one place,” board member Hylott L. Armstrong said. “It also details the problems inherit in that business in the Civil War, and the demise of the business.”

The records include manufacturing, commissary and stockholder records, directors’ minutes, furnace record books and other correspondence. It’s “the most detailed accounts of Confederate iron making in the west,” according to a university summary of the collection.

“There is a need to preserve them by digitizing them,” Armstrong said. “Left in their physical state, they would just continue to deteriorate.”

Responding to an email inquiry from Armstrong, Alabama’s dean of libraries said the university had no plans to digitize the collection, but would be open to further talks about it.

Dr. Louis A. Pitschmann also said the “exceptionally large collection” would require additional processing before digitizing and “special funding” to help pay for “such a large and costly project.”

If the university decided to digitize the collection, the “multi-year project” would cost “in the six-figure range,” Pitschmann wrote.

Armstrong said the six-figure price tag made him “flip.”

“It’s not that I’m discouraged at the amount, because to a corporate sponsor that is really interested, that would be peanuts to them,” he said.

Shelby Iron’s business records were donated to the university in the mid-1900s after being found in Shelby Iron’s old commissary building. Robert Bates found the records when he rented the building, vacant for years, for a retail venture.

“They (Alabama) sent trucks to pick it up,” Armstrong said. 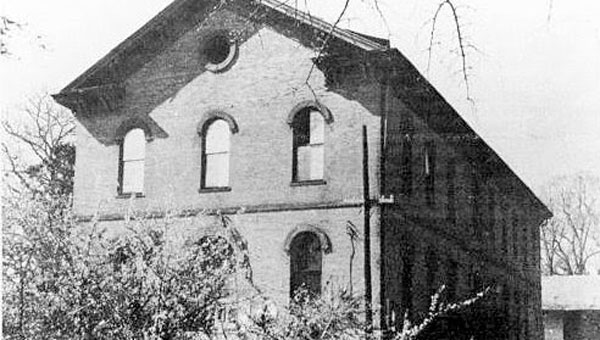 Shelby Iron's old commissary building, as photographed in the 1950s, about the time Robert Bates leased it for retail purposes and found Shelby Iron's extensive business records inside, according to Hylott L. Armstrong, a Historic Shelby Association board member. (Contributed)

The board of directors became concerned about the condition of some items in the collection when a Connecticut author recently traveled to Tuscaloosa to view the collection.

Carol North, of Coventry, Conn., said she viewed several items in the collection. She is researching her husband’s great-grandfather, who lived on-site in Shelby in the late-1860s, a time when Northern investors helped rebuild Shelby Iron’s operations in the aftermath of the Civil War. She’s writing a book about it.

North said her relative, a secretary of sorts, ordered supplies and corresponded with investors. He made copies of each business letter in a bound journal, she said. The letters are in the collection.

In the volume containing those letters and others, the old copy-type paper is so warn that inserting a library-issued bookmark caused portions of the letters to crumple, she said. Copies couldn’t be made because the letters were falling apart, she said.

Aside from “traces of coal dust from where they had been stored in Shelby,” North wrote that most of the collection remained in “fairly good shape.”

Watching the sunset in Shelby on Oct. 26, Historic Shelby board member Jerry W. Willis recalled the time he saw the collection at the library. The material filled 464 file-type cabinets, he said, ranging from Civil War orders scribbled on scraps of paper to leather-bound volumes of records.

“It’s a tremendous amount that you really wouldn’t believe until you got there,” Willis said. “It’s a good chunk of history.”