Langley’s display a hit in Columbiana 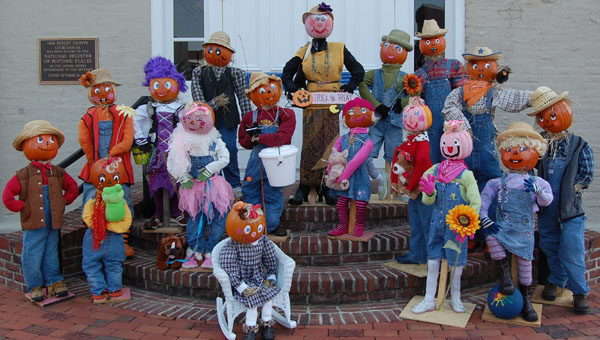 As vehicles travelled the roundabout, some slowed to near stops as drivers rolled down their windows and admired 17 pumpkin figures arranged on the courthouse steps.

For the last month, the pumpkin figures she created have been displayed along Main Street. Before taking them home for a Halloween party, Langley gathered all the figures together for photo.

The project began when Linda Cook, owner of Busy Hands on Main Street, asked Langley to help decorate the window display. So, Langley made the first pumpkin figure.

“After I made that one, it was so much fun I kept on making them,” said Langley, owner of Columbiana Barber Shop.

She made one pumpkin figure a day for about a month during downtime at her business.

“I started on it as soon as I got there in the morning and by the time I left, I had it done,” she said.

Local reaction to the display throughout the last month has “been amazing,” she said, adding people dropped by her business to tell her which figure they liked the most.

Of the 20 figures, only two were created to look like specific people. Langley paid tribute to the late Norman and Sonya Lefkovits by crafting two figures in their honor. The Lefkovits were well-known Main Street merchants, and Sonya Lefkovits was affectionately called “the queen of Columbiana.” 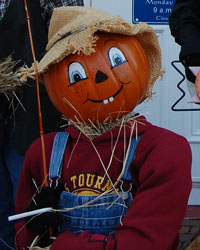 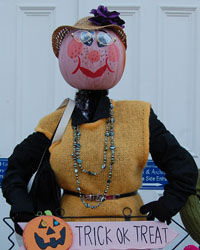