COLUMBIANA – The man authorities alleged was the ringleader of the 2008 U.S. 280 apartment slayings has pleaded guilty.

The trial for Christopher Scott Jones was scheduled to begin today, but Jones pleaded guilty Friday afternoon. In exchange for his plea, Jones will receive 25 years in prison, with the possibility of parole, District Attorney Robby Owens said. 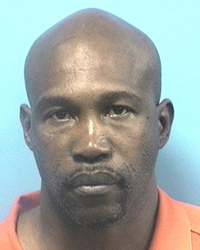 Owens said prosecutors didn’t have much physical evidence to work with.

He said the state had phone records from Jones and the other five defendants showing “who was where when.”

The state “didn’t have much else in the way of physical records,” Owens said.

Instead, Owens said, much of the state’s case was based on testimony of co-defendants, who excluded their own involvement in the crime.

“It makes their testimony somewhat unreliable,” Owens said. “It made it somewhat difficult for us to determine what the real truth was, so we decided to take long prison sentences on each one of them.”

The six men killed five other men in a murder-for-hire plot over more than $450,000 in missing drug money, authorities said.

Their bodies were found in Aug. 2008 inside a unit at Cahaba Lakes apartments on Hunt Cliff road. They had been electrocuted with their throats slit after they were killed.