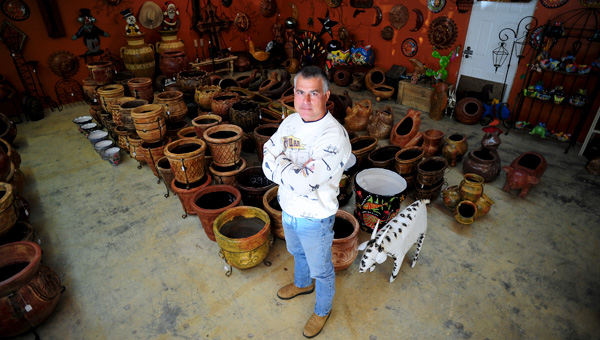 CHELSEA – By selling flying pigs and other unique items, Toluca Pottery and Things in Chelsea will mark its two-year anniversary in mid-November, celebrating success in an unsteady economic time.

Charles Rich and David Garcia opened the shop in November 2009, knowing they were bringing a unique business to the area.

“There wasn’t anything here like this. I t was unique to this area,” Rich said. “Had there been another one, I most definitely wouldn’t have brought it here. It was hopefully filling a niche that wasn’t here.”

Toluca Pottery offers unique items to the Chelsea community. Unexpectedly, metal animals, such as goats and flying pigs, have been big sellers for the shop.

“I didn’t open up expecting to sell them. I just happened to like them and just started buying what I like,” Rich said. “It’s hard picking out stuff for other people, so I stopped trying. I had a few people tell me I had lost my mind when I started bringing in metal goats and pigs, but they’re selling.”

After Labor Day, the owners closed their snow cone business until the weather warms up again in the spring, ideally in March, Rich said.

“That’s one of the fun things about this business; it’s been changing ever since we’ve opened up,” Rich said. “In the spring and summer, we sell a lot of pottery and items people want to take to the lake to decorate with. During Halloween, we get into the Halloween mode by selling pumpkins chimineas. In Christmastime, we sell a lot of gift items. 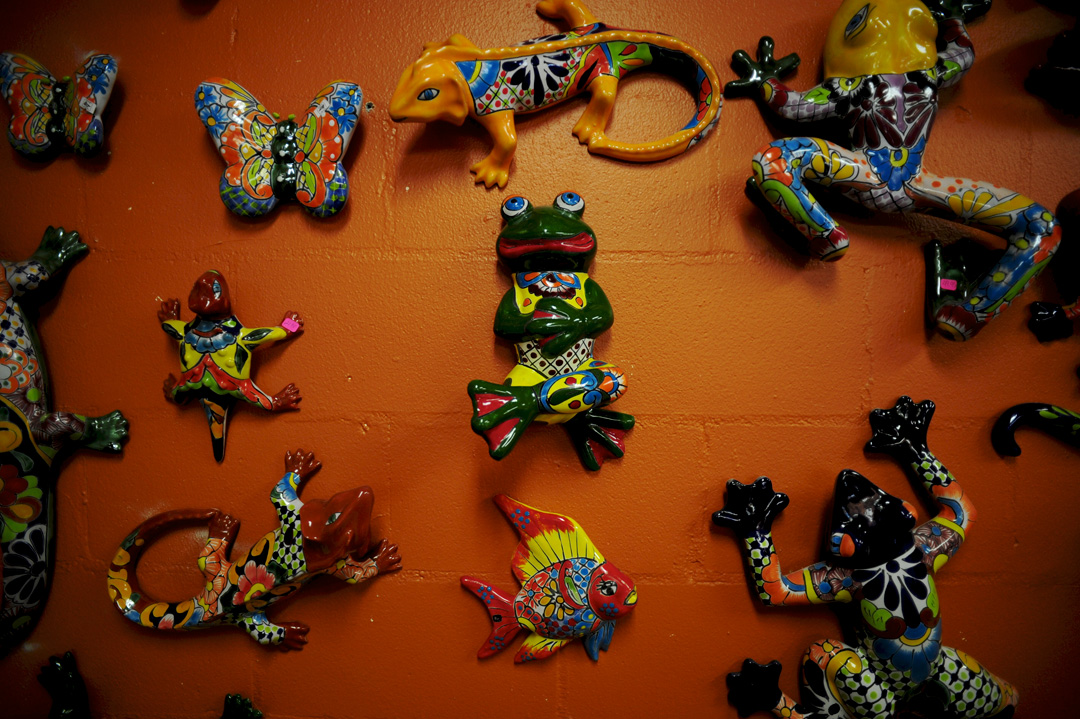 Items hang for sale on the walls of Toluca Pottery in Chelsea. (Reporter Photo/Jon Goering)

Rich said that without the Chelsea community, Toluca Pottery and Things wouldn’t have survived as well as it has.

“I think they (Chelsea residents) really want the businesses to succeed so they don’t have to drive over the mountain to go shopping. It’s great,” Rich said. “They make an effort to shop here. I couldn’t have picked a better place to have my store.

“I’m excited about being here two years. I feel like we’ve really achieved, not breaking any sales records, but we’re still here,” he added. “I think that’s a good sign about Chelsea. I don’t think I could have done this in too many other areas.”

By BRAD GASKINS / Staff Writer COLUMBIANA – The man authorities alleged was the ringleader of the 2008 U.S. 280... read more