A salute to our nation’s veterans 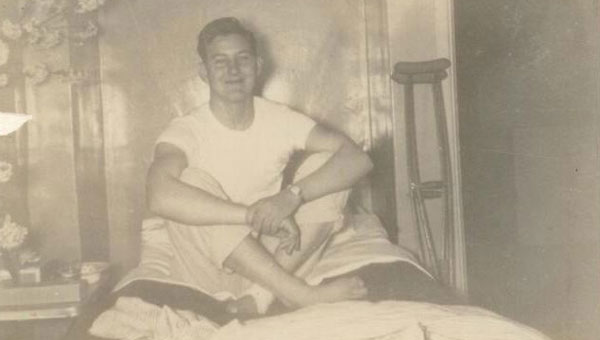 Bobby Buse in a Japanese hospital recovering from a foot injury after fighting in Korea. (Contributed)

By EDNA BUSE / Special to the Reporter

Some people measure greatness by how much a person has accumulated during his or her lifetime. To me, my thoughts are of all the men and women who have been willing to go and fight for our nation and defend her and our freedom. Veterans Day is not to be just another day to be off work. It is a day to remember all those who gave their lives and all those who came home. Those who live with scars that changed their lives and their families’ lives forever. Some of these scars are visible, and others are the memories these men and women have gone through that others cannot see. The memories of seeing their fellow soldiers die right beside them. Having bullets flying all around them, even hitting their helmets, grenades and bombs blowing up, yet they came home and many of their buddies didn’t. These scars will always be there, as the years go by. I know because I’ve been married to one for 57 years this past July. 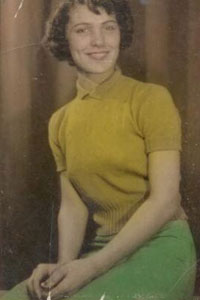 The picture Bobby Buse carried with him in Korea of his future wife, Edna. (Contributed)

Bobby joined the Army a few months before his 18th birthday. After his combat training, he was sent to Korea. While there, he fought in five major battles, I believe. Bobby was a machine gunner. During one of these battles, he was wounded. He spent four months in a hospital in Japan recovering from his wounds. During his stay in the hospital, he had his 19th birthday. Back then, there was no Internet, therefore a soldier could not communicate with his family like the military can now. Therefore, Bobby was pretty much alone except for other wounded soldiers and the doctors and nurses who took such good care of the wounded. My understanding was when one would receive a package from home, they would share with one another. Even though I could not be there with Bobby, he had a picture of me with him at the hospital and all the battles he fought in.

After being released from the hospital, he was sent back to Korea. During this time, there were more battles. It was during one of these battles his unit was involved in the most violent battle his unit had faced. They were very much outnumbered when the Chinese came in to help the North Koreans. Bobby’s unit had to retreat. This is when Bobby risked his life to save Almond, a fellow soldier who had been hit in both legs. Bobby heard him screaming. He knew there was no way he was going to leave him behind. There was no one left to help him carry Almond except a South Korean who, by force, Bobby convinced him to help carry his buddy over a mile across a frozen rice field. He said he remembers how extremely cold it was.

For years, Bobby would not talk about the war. He could not watch war movies. He can now watch the History Channel and watch stories concerning Korea. He still doesn’t like fireworks, as he says he saw enough of those in Korea. Even after 59 years, Bobby still seems to be on guard at times, when he is awakened from sleep or someone walking up behind him and touching him on his shoulder. This is one of the things I had to be cautious about all these years. I just wish I would have known how to help him more with the terrible memories of war during the first years of our marriage. I just thank God for keeping him alive and allowing us these 57 years together.

We were married two months after his discharge. He did receive a Purple Heart, but not the Medal of Honor, like I felt he should. Bobby never felt himself a hero. He feels he did what any U.S. soldier would do under the same circumstances. The one thing he regrets after he got back to the States was trying to contact Almond’s family. He was sure he lost both of his legs. Back then, it was not as easy to track someone as it is now. Bobby has had a lot of health problems in the past few years. I wanted to do this story of him, hoping it would help lift him up.

To Bobby and all the veterans and their families everywhere, I’d like to say thank you, and may God bless you for all your sacrifice to keep our nation free.