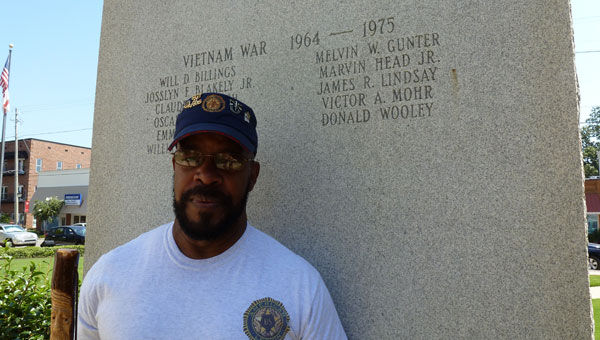 Veteran’s Day is Friday, Nov. 11, when America’s 22.7 million veterans will be honored for their service to keep us safe.

The American Legion Shirley-Holloway Post 131 in Columbiana has began an Awarness Task Force to help our vets called Heroes to Hometown (H2H) chaired by Vietnam veteran and Post Sgt. at Arms, Ron Jefferson. Jefferson grew up in a Cajun Catholic family in New Orleans, the baby of 10 children. His father died when he was eight, and he was raised by his mother.

“In my neighborhood, the only way out was jail or the military,” said Jefferson. “I joined the Navy at 17 and transferred to the Army. I went from being a cook in Germany to a door gunner on a helicopter in Vietnam. I was a Green Beret with the 5th Special Forces and served from 1965-1971 in Vietnam, my highest rank E-7 SFC. I only came home once during those five years. When I set my foot on the ground in Vietnam, I became a soldier.”

After returning from Vietnam, Jefferson had a very successful business career. In retirement, he spends his days mentoring young men who have returned from Afghanistan and Iraq as well as older vets, helping them acclimate back into society. Jefferson is a demanded speaker and also works with PTSD groups at the Birmingham VA Medical Center.

“I always wear my colors,” said Jefferson. “In the Special Forces, our motto was to never leave anyone behind. I have been there with no help after I returned from war. My job is to help young vets and to help people in my war.”

H2H goals are to get vets into the VA system: physically, mentally, and financially. H2H not only focuses on at-risk veterans, but also wounded warriors who have returned to their community and cannot do what they used to do. H2H is a liaison to the Shelby County veterans service officer Harry Moon, who helps vets receive the services available to them.

“I know where Ron Jefferson came from,” said Jefferson, “but now I am learning to live as Ronald Alexander Jefferson.”

Jefferson is the real deal, a combat veteran with a heart to serve and help his fellow veterans.