Daniel L. Cohen of Leeds and Lori A. Cohen of Millerville are proud to announce the marriage of their daughter, Emily Cohen of Pelham, to Ronnie Cook of West Blocton. 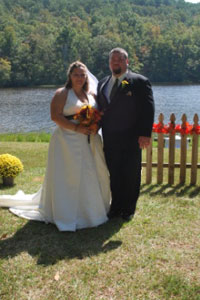 The bride is the granddaughter of Ralph Sr. and Amelia Clark and Shirley Cohen and the late Lee Cohen. She earned her Bachelor of Science degree from Jacksonville State University. The bridal attendants were Vanessa Shelley, Kindrel Clark, Cassandra Cohen, April Sims, Samantha Winn and Haley Pate. The attendants wore green dresses of different styles, and the flowers were fall flowers.

Patterson-Kitchens Thomas and Durrette “Dee” Patterson of Alabaster are proud to announce the marriage of their daughter, Kathryn Patterson, to... read more