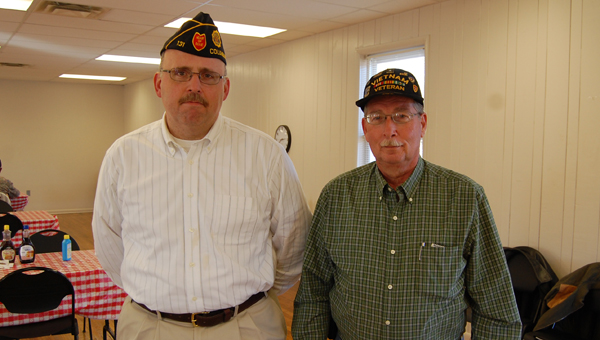 COLUMBIANA – Veterans John Gomillion and Charles Duncan said it’s nice to be remembered for their military service on Veterans Day.

But, they said, there’s another group of people who deserve the same recognition but are often overlooked each year on November 11.

The families of veterans, they said, deserve at least equal praise.

“Families sacrifice as much, if not more, than the military people do,” said Duncan, an Alabaster resident who fought with the Army in Vietnam. “There needs to be more emphasis on the families and the sacrifices they made.”

Gomillion served with the Marines from 1988 to 1994. The Helena resident said the families of veterans have it tougher than the actual veterans.

“If you’re deployed and serving somewhere, you know what you’re doing at any given time,” he said. “But for the family, it’s left up to their imaginations.”

Duncan’s son served in Iraq and Afghanistan. He married just before enlisting in the Army. The couple has spent just one anniversary together in six years of marriage.

Gomillion and Duncan made their comments Nov. 11 at a pancake breakfast hosted by American Legion Shirley-Holloway Post 131.

Just don’t forget the families while honoring the veterans, Gomillion and Duncan said.