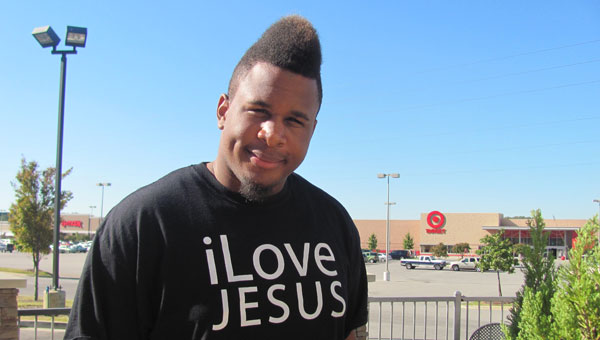 Born, raised and educated in Alabaster, local resident Willie Prince graduated from Thompson High School in 2007 with an advanced diploma. At THS, he was involved in football, track, was the Fellowship of Christian Athletes president and served on the student council.

Prince has studied elementary education for three years at UAB. Currently, he is taking a year off to follow his dream and earn enough money for his last year of college.

As far back as May 2008, Prince and his friend Sanchez Tanniehill began to explore the idea of a venue that would allow the youth of our area to have a safe place of worship with a hip-hop atmosphere.

Pastor Roderick Sailes (New Direction Church) has been a friend, supporter and mentor. Prince has traveled to Kentucky, Mississippi, Tennessee and Georgia in an attempt to spread his brand of youth worship.

He does not currently have an agent, but depends on word-of-mouth advertising from individuals and churches. Sometimes, according to the venue, he is monetarily blessed and at other times he accepts the standard honorarium. Prince will work with the event coordinator and their budget.

“We are one body in Christ, but don’t always operate under that phrase,” said Prince.

Prince, son of Willie Prince Sr. and Sandra Prince and brother to Jasmine Prince and Derrell Lewis, is a very vocal and likable young man.

We all have our differences of opinion, but Prince hopes to help our youngsters see life in more ways than a “single vision,” and most of all to experience the forgiving love and salvation freely offered each day.

Prince hopes to return and get his education degree in the future. By teaching school, he can reach youngsters even earlier with good guidance and mentorship in their lives.

Canton Jones and Lecrae are two of his hip-hop inspirations, but Prince writes his own lyrics.

Beginning in January 2012, on the last Monday night of each month, the SWAGG movement will be performing. Check Facebook for news, comments, questions and suggestions.

Willie Prince is just a local young man attempting to do what he feels led by God to do. He has many obstacles (both personal and financial) to face, but believes God will not let him down.