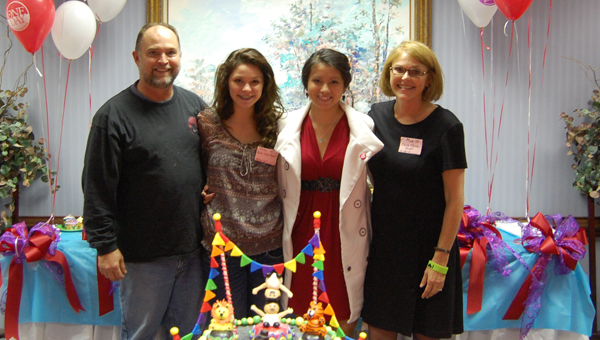 A reception for the new families was held afterwards at the Shelby County Department of Human Resources.

Luke and Christy Powell were one of the six adoptive families. They adopted a 15-year-old girl and now have three children, including their biological kids, Ethan, 20, and Emma, 15.

Elaine Olivia Powell was born in China and abandoned in a bus station there at age 2.

“She lived with babysitters all over China for the next seven years,” Christy Powell said of her daughter.

Elaine Powell was in New York at age 9, eventually found her way to Alabama and ultimately into the Powell’s foster care home.

The family has fostered for four years. Christy Powell said there was something special about her daughter, who entered their home as a foster child two years ago.

“When she came in, she immediately became part of our family,” Christy Powell said.

Emma Powell, 15, said it’s nice to now have a sister the same age. The sisters said they enjoy shopping and hanging out together.

“Wow,” Elaine Powell said of the adoption day. “I didn’t see it coming that soon.”

Emma Powell said, “We’ve been sisters at heart, but today made it official on paper.”

Heath and Tracy Brasher came from Waveland, Miss., to adopt two children – a brother and sister – for whom they’ve provide foster care. The Brashers said they previously knew the kids through extended family.

The Brashers had previously adopted two other children, and now have four children. 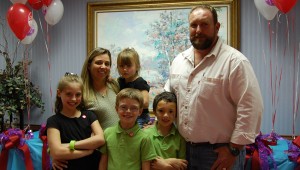 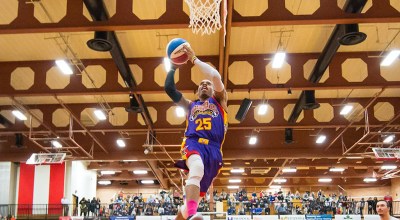