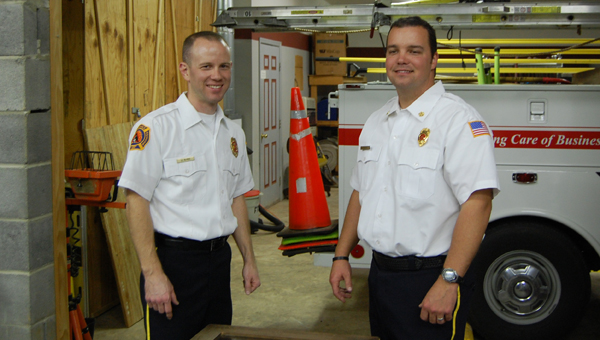 Fourmile’s fire and rescue squad has a new chief.

Entrekin began his firefighting career 11 years ago at Fourmile. He is employed as a fire medic for Mountain Brook and has also worked for the Calera Fire Department.

Glass announced his planned resignation to about 50 people gathered for the chili supper and business meeting.

Glass, 34, works for the Calera Fire Department, and also as a part-time Shelby County 9-1-1 dispatcher. He will continue to volunteer at Fourmile.

Virgil Rice was selected to succeed Entrekin as deputy chief.