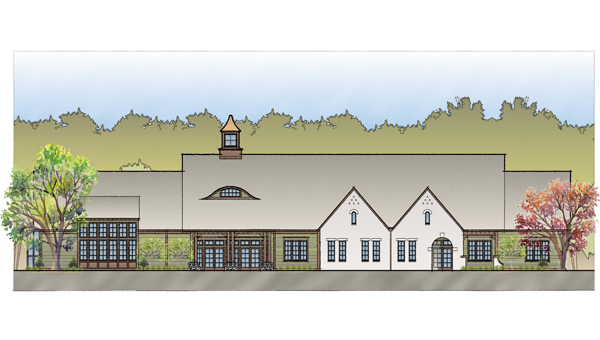 The Alabaster City Council recently moved forward with bringing a new city hall and courthouse complex. If constructed, the complex would be near the Alabaster Senior Center in the Siluria community. (Contributed)

ALABASTER – Alabaster is a step closer to building a new city hall, after the Alabaster City Council voted Nov. 21 to allow Mayor David Frings to enter into a contract for architectural services for the new facility.

Councilman Adam Moseley said the architect services will help the city better assess the costs of the project.

“We want to make sure that we get the accurate cost before we really get into this too deep,” Moseley said after the meeting.

Alabaster officials have previously said a new city hall would be 10,500-square-feet and would hold a new courtroom and city administration building near the Alabaster Senior Center.

If constructed, the new courthouse and administration building would bring several city departments, such as inspections, building services and revenue under one roof.

The city council does not have a specific timeframe for the project, Moseley said.