The Shelby County Sheriff’s Office has filed charges against a Columbiana man authorities say tried to run over a deputy with a vehicle.

Michael Landon Sheffield, 38, has been charged with attempted murder and second-degree theft of property, the sheriff’s office announced in a press release. He is being held in the Shelby County Jail on a total bond of $515,000. 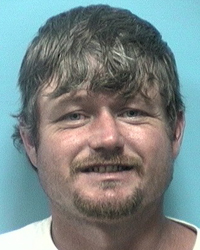 According to the sheriff’s office, a call was received about 5:12 p.m. on Monday about a suspicious person on some property on Alston Farms Road, which is located just outside of Columbiana.

The suspect continued driving his vehicle for a short distance before wrecking, after which he fled on foot. The deputies located the suspect in nearby woods and apprehended him without further incident.

According to the press release, a search of the suspect’s vehicle revealed possible stolen property from the area. The deputy was not injured, and the suspect refused medical treatment for minor injuries.