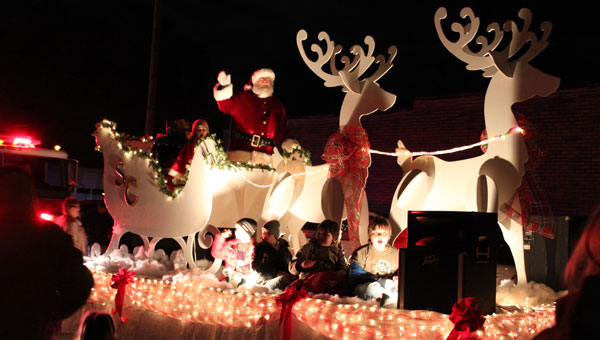 The town’s police force and fire department kicked off the parade, and Santa Claus rode in on his sleigh to conclude the celebration.

“Santa’s sleigh was beautiful,” Marler said. “We wanted him to be first place, but with him being Santa Claus, we didn’t dare give it to Santa.

“Our Santa had a real beard,” she added, laughing. “My granddaughter said he was awesome and ‘I think he’s the real Santa.’”