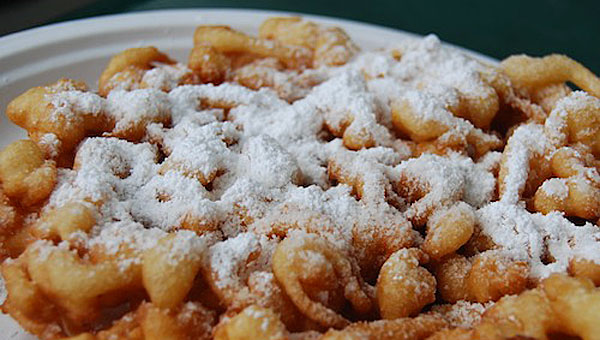 After selling insurance for years, Gardendale resident Tammie Coleman and her husband, Michael, began thinking about starting a business they could pass down from generation to generation.

After searching for available property all over the area, the Colemans found a vacant store in Alabaster’s Food World shopping center next to Little Caesar’s Pizza and decided to open a restaurant unlike anything else in the state.

“Everyone loves funnel cakes, but you usually can only get them at a carnival,” Coleman said. “We wanted to open a business that made them available year-round.”

After opening their business, Funnel Cake Corner, on Dec. 3, the Colemans brought their dreams to life by opening what Tammie Coleman said was the first funnel cake-only business in the state.

The business offers a variety of different funnel cake offerings. Coleman said the traditional funnel cakes with powdered sugar are the most popular, but the business also offers red velvet and chocolate funnel cakes.

In addition to powdered sugar, Funnel Cake Corner also offers fruit toppings, such as strawberries, cherries and apples. As the seasons change, the business will add different toppings, Coleman said.

“We did some research, and there is no restaurant that offers only funnel cakes in Alabama,” she said.

The restaurant offers both a dine-in seating area and orders to go, and is open from noon-8 p.m. each day.

Coleman said she and her husband decided to open the business with plans to one day pass it onto their children.

In the few weeks the restaurant has been open, the Colemans said they have been surprised by its popularity in the community.

“We were hoping that it would be successful, but we have actually been surprised by how well it’s been going,” Coleman said. “If it continues to do well, we are thinking about expanding to locations other than Alabaster.”