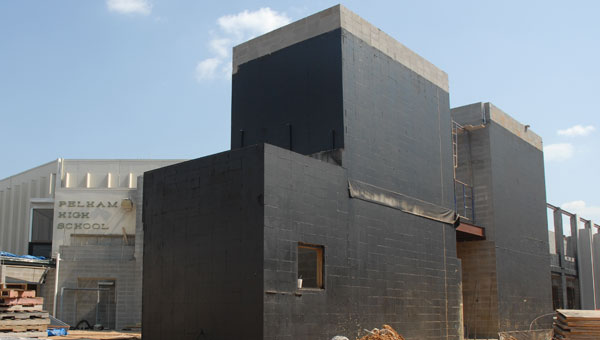 Construction work on a new classroom wing at Pelham High School is on hold after the Shelby County Board of Education terminated the contract with the original builder in November. (File)

Work on a new nine-classroom addition to Pelham High School is on hold after the Shelby County School Board terminated a contract with the original contractor during a November meeting.

The new wing, which is being built on the southwest corner of the school, was originally being handled by the Columbus, Ga.-based D. Dean and Associates general contractors company and was scheduled to be completed by October.

However, the board terminated the contract during its Nov. 3 meeting “because of delays on the project,” said Shelby County Schools spokeswoman Cindy Warner.

Warner said the nine-classroom expansion and a renovation of the school’s lunchroom were two separate projects being handled by two separate contractors, and said the lunchroom project is complete.

Warner said construction on the new wing is on hold until the school board determines who will complete the project.

PHS Principal Bob Lavett previously said the new wing will help relieve some of the school’s overcrowding issues. This year, PHS’s enrollment was at about 1,800 students, Lavett said.

‘Yes, Virginia, there is a Santa Claus’

Every year, in honor of the holiday season, this newspaper reprints the famous “Dear Virginia” editorial published in the New... read more