A different approach to the holiday season 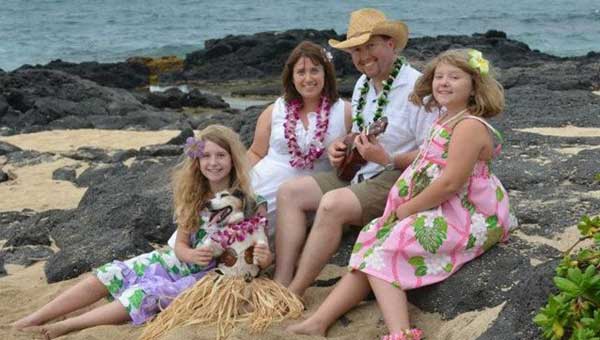 The Deloach family (from left): Alexis, Rebekah, Jonathan and Isabella.

Her son, Army Maj. Jonathan Deloach, is serving in Afghanistan with the 172nd Infantry Division.

It’s his third tour of duty. Since 2004, Mary Deloach has seen her son just once in person. The Westover resident said she’s learned to deal with having a son overseas, but it’s not easy — especially during the holidays.

She watched the Iraq war begin to unfold on TV. Little did she know, her son was just a few miles from the area she saw being bombed on TV.

“As a mother, my life changed forever, because 24 hours a day, somebody was trying to kill my child,” Deloach said. “I will never go back to being that person I was, and I’m glad. It’s made me a better person, a more appreciative person.”

Deloach, along with her husband Willie, stays in touch with her son by email. She tries to email him at least one line every day. She also sends him care packages containing Bounce fabric softener sheets and dark chocolate M&Ms. She said her son told her that the fabric sheets remind him of the smell of home.

Jonathan Deloach, 39, lives in Hawaii with his wife, Rebekah, and their two children: Alexis, 12, and Isabella, 9. He began his current tour in May 2011 and is expected home about June 2012, according to his mother.

Mary Deloach offered some advice for the families of other service men and women.

“Don’t let that soldier ever know you’re sad,” she said. “Always be very upbeat, and whatever you do, don’t ever let them hear you cry. Wait until you get off the phone. That’s the best advice, and that was given to me, because that makes them even sadder.”

Belinda and Jimmy Martin stand in front of the home the parishioners of St. Catherine's helped to build. (Contributed) By... read more