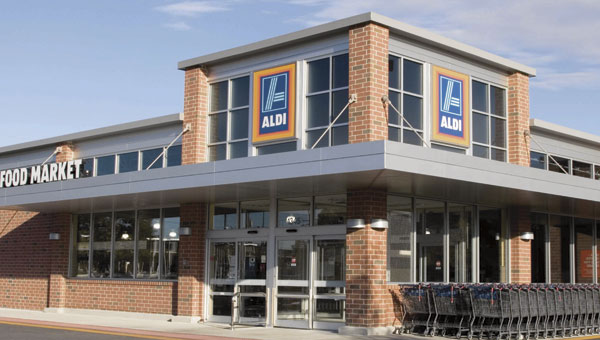 Crews are working to finish the interior of a new Aldi Food Market near the intersection of U.S. 31 and Valleydale Road in Pelham. The store is set to open in March 2012. (File)

Pelham’s new Aldi Food Market near the intersection of U.S. 31 and Valleydale Road is nearing completion, and is scheduled to open its doors March 1, a company spokesperson said Dec. 28.

Over the past several months, crews have been constructing the new grocery store, which is about 17,500 square feet. Most of the store’s exterior is complete, and crews are now working to finish the interior, Pelham Revenue Director Mike Morgan said.

Morgan previously said the new Aldi store will serve as the anchor for future development on the lot, which is across from Ihop and Milo’s hamburgers on U.S. 31.

Although the company originally announced plans to build the Pelham store in 2009, Aldi held off on the project until submitting plans to the city in late January 2011.

Aldi Food Markets have several differences from many other area grocery stores. Aldi offers limited name-brand products, and relies heavily on its own store brands.

Shopping carts are rented for 25 cents each, and the quarter is refunded when the cart is returned to its rack. Shoppers must also either bring shopping bags from home or purchase them at the checkout line.

Because Aldi charges for bags and rents shopping carts to customers, the store is able to keep its prices down by not assigning employees to collect shopping carts from the parking lot and bag groceries.

Once built, the Pelham Aldi will be the sixth Birmingham-area store. The company currently operates stores in Trussville, Homewood, Bessemer and two in Birmingham, and also recently opened a new store in Huntsville.