Alabaster to get Beneful dog park 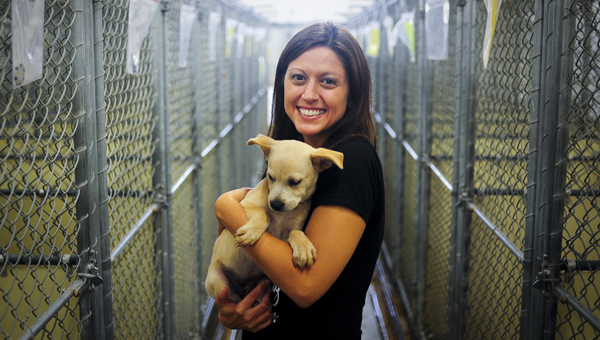 This summer, Alabaster’s Veterans Park will become the second city in the nation to host a Beneful Dream Dog Park after members of the Alabaster City Council approved a $500,000 in-kind donation for the project during a Jan. 3 meeting.

The announcement came a few months after Jenny Wilson, the executive director of the Shelby Humane Society in Columbiana, won the Beneful Dream Dog Park Contest, edging out hundreds of other entries from all over the country.

In addition to $10,000 and a year’s worth of dog food, both of which Wilson donated to the Shelby Humane Society, she also won $500,000 in renovations to a Birmingham-area dog park.

Alabaster officials said the new Dream Dog Park was “trending toward” a Jefferson County venue until Wilson voiced her support for Alabaster.

“She could have had it anywhere, but she fought extremely hard to bring it to Veterans Park,” said Alabaster Mayor David Frings.

“She is so excited to have it in Alabaster,” said humane society board of directors member Jennifer Wallace, who attended the council meeting on Wilson’s behalf. “I think it’s going to be a really great feature for our city.”

Wilson, a 1998 Thompson High School graduate, won the contest by submitting an essay and a video submission outlining what she would do with $500,000. In her video submission, Wilson outlined an off-leash dog park with an agility course, water features, room for dogs to run, a do-it-yourself dog wash and a walking path made of bricks sold in memory of dogs to help fund the park’s upkeep.

Kahn said Wilson’s contest entry will serve as the inspiration for the Veterans Park Dream Park, but the company will not unveil the blueprint until a groundbreaking ceremony “in early 2012.”