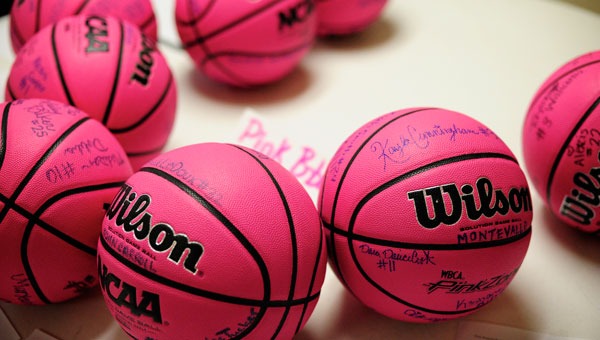 Chelsea High School girls’ basketball coach Wayne Trucks thought auctioning off pink basketballs signed by players on teams participating in the Hoops for Hope tournament Dec. 29-31 would be a hit.

He didn’t expect the attention the basketballs would garner.

Parents of players on each team entered into a bidding war to try to make their basketballs sell for the highest amount, Trucks said. Following the auction, tournament proceeds reached $2,500, which will be donated to the American Cancer Society through Relay for Life.

“It became a good competition between the parents,” Trucks said.

Chelsea, which defeated Cordova before falling to Pleasant Grove in the semifinals, finished fourth in the tournament with a 1-2 record in three tournament games.

Montevallo finished in seventh place with a 1-2 record after topping Cordova in a consolation game.

“It was a wonderful tournament,” Trucks said. “We had good crowds and good teams.”