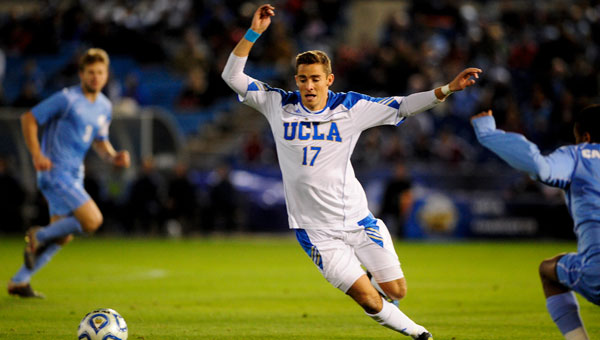 Editor’s Note: This is part two of a two-part series.

In addition to the second-place trophy, the Shelby County all-stars were also awarded the sportsmanship trophy, which was voted on by coaches of all 12 teams.

Mims, who wrapped up a record-setting career at Furman University in 2010, was to join the team in time for the start of training camp, scheduled for Thursday, July 28 at Saint Vincent College in Latrobe, Pa.

The first practice for the Steelers, who won the American Football Conference championship last season, was set for Friday, July 29.

Joe Kines, a former defensive coordinator and interim head coach at the University of Alabama, knows first hand the significance of an Iron Bowl victory.

Kines had past experience in mind when he barked out an order to Andrew Zow, a former quarterback for the Crimson Tide, with five seconds remaining in a flag football version of the gridiron rivalry, Rivals United for Recovery, Aug. 13 between former Alabama and Auburn gridiron standouts at Spain Park High School.

Zow listened to his coach in the flag football game as he held the ball for the final few seconds before firing a pass between the uprights from near midfield to cap a 42-41 victory by the Crimson Tide in the game, which raised money for storm victims who are still recovering from April 27 tornadoes that impacted the state of Alabama.

“I’m just glad it’s all over, glad to be named the starter, glad to just kind of have it all behind me and now really get ready for the season,” Trotter said.

Reneau, who had several starts behind center a year ago when starter Brandon Wells was injured, came out firing on all cylinders in his first game as the undisputed team leader.

Reneau passed for 226 yards and three touchdowns in the Eagles’ 61-14 win over rival Montevallo in their season opener Aug. 26 at Ricky Cairns Stadium.

“We came out and made a big statement,” Reneau said.

Chelsea High School senior Jake Ganus has been practically unstoppable through his first three games this season. Following back-to-back rushing performances of better than 100 yards, Ganus broke out for 264 rushing yards and two touchdowns Sept. 9 while leading the Hornets to a 48-28 win over rival Shelby County at Papa McCombs Stadium.

The starting quarterback had one simple explanation and dished out a ton of praise as he deflected the spotlight following the Hornets’ first victory on the road in Columbiana since 1998.

“My offensive line is one of the most underrated in the state,” said Ganus, who finished with 18 carries. “They make me look good.”

Briarwood Christian School senior Matthew Furuto didn’t sense any panic on the Lions’ sideline with his team trailing rival Chelsea by 17 points with just more than one minute remaining in the third quarter.

The running back and his teammates just kept plugging away. The grit and determination paid off for the Lions, who scored 28 unanswered points on their way to a 45-34 win over the Hornets in a matchup between two of the best Alabama High School Athletic Association Class 5A teams in the state.

“You can’t ever quit,” Furuto said.

He doesn’t care about the fact the loss won’t have any implication on the Lions’ region championship and state championship hopes. The veteran coach isn’t about to let his players move on to their next Alabama High School Athletic Association Class 5A, Region 5 game Sept. 30 against Talladega without taking plenty of time to reflect on a disappointing loss Sept. 23 to the Rebels.

“I’m not ready to put this behind us,” Yancey said. “We need to learn from it.”

“From what I’ve experienced in the past, you can just throw the winloss records out coming into this game,” Burnett said after his Panthers defeated the Warriors 28-16 in the heated Battle for U.S. 31.
“Any time you can beat Thompson is good,” Burnett added. “The kids did a great job. This was a great team win.”
LIGHTNING EARN HELMET BACK

Evangel Christian School sophomore David Shepard raced into the end zone for a 45-yard touchdown after picking off a pass Oct. 7 against rival Hope Christian.

His Lightning teammates and coaches chased him down the field with no time left on the clock. It was a fitting end to Evangel Christian’s 46-8 win over the Eagles, which sent the Silver and Gold helmet back to Alabaster after it spent one year in Pelham.

The Pelham Panthers will not be taking part in postseason play after they lost their season finale 42-30 on the road at Hewitt-Trussville on Oct. 28.

Sands and Green will forever be remembered by Vincent faithful after the pair teamed up in the final seconds on a spectacular defensive play to clinch the Yellow Jackets’ first playoff victory since 2001 following a 29-28 win against Southern Choctaw, which also allowed the team to clinch a tie for the most wins in a single season in school history with nine victories.

With a beautiful pass from Southern Choctaw quarterback Danny Napier seemingly headed into the hands of receiver Savon McCoy on a fade route in the corner  of the end zone, Green made up just enough ground to use his hand to tip the ball away. Sands waited in the end zone with open arms and secured the football, which ended the Indians’ final scoring threat with 20 seconds remaining. Vincent quarterback Demauntey Johnson took a knee to run out the clock and clinch the victory.

Green’s memory of the play may be a little foggy due to the frenzy that followed, but he’ll likely be reminded of his game-clinching play 20 years down the road when his teammates reminisce about the win.

“It all happened so fast,” Green said. “I can’t describe this feeling. It’s unbelievable.”

Everything disappeared in the blink of an eye for Briarwood Christian School senior Sam Whitaker.

With more than 40 senior teammates, Whitaker had big plans for the final season of his high school football career. The Lions, returning 18 starters from a team that reached the Alabama High School Athletic Association Class 5A championship game a year ago, were meant to play for a fourth state title in school history. Briarwood Christian’s championship dreams came crashing down following an interception by senior quarterback Ben Craft with 10 seconds remaining in a 16-14 loss on the road at undefeated Hartselle in the Class 5A semifinals Nov. 25.

“I’m in shock,” Whitaker said. “We never thought this would happen to us. We were the team everybody’s been waiting on, and it ended this way. It doesn’t feel right.”

Fastforward to 2011. Hoffman is one of 15 semifinalists for the prestigious Missouri Athletic Club Hermann Trophy, NCAA Division I men’s soccer’s equivalent of the Heisman Trophy, and  played in the College Cup at Regions Park.

ANDERSON NAMED PLAYER OF THE YEAR

Versatile athletes are consistently labeled “do everything” players in sports.

A new catch phrase is needed to describe Montevallo High School senior Mallory Anderson, who was a “do everything at the same time” type player for the Bulldogs this season.

Anderson’s multiple skill set led to her selection as the Shelby County Reporter Player of the Year following her senior season.

GANUS TABBED PLAYER OF THE YEAR

Chelsea High School senior Jake Ganus is being recruited to play defense next fall at UAB.

After seeing Ganus’ offensive numbers in his senior season, the Blazers’ coaching staff may want to give him a shot on the other side of the ball before making a final decision.

Ganus talent on offense, defense and special teams led to his selection as the Shelby County Reporter Player of the Year.

Ganus, who committed to play for the Blazers in July, started at quarterback for the Hornets and finished 83-of-156 passing with 1,016 yards and nine touchdowns.

Ganus also rushed for 1,473 yards and 22 touchdowns as the Hornets’ feature back during his senior season.

Calera High School senior guard Deondre Haynes and his teammates will await the winner between Montevallo and Shelby County in... read more