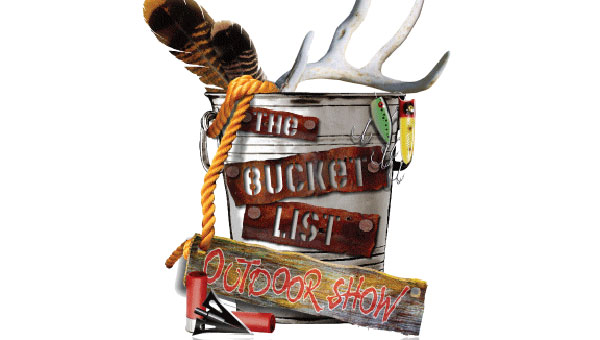 "The Bucket List" premiered on Jan. 1 on The Sportsman Channel. (Contributed)

A new television show features a local resident and his hunting buddy as they complete their bucket list of hunting adventures.

Chelsea resident Jerry “Lucky” Klamer and Hueytown’s Larry “Grumpy” Welch star in “The Bucket List,” which premiered on The Sportsman Channel on Jan. 1.

The show features the duo as they travel across the nation and Canada to hunt anything that “walks, crawls, flies or swims,” as is their motto.

When not donning camouflage, Klamer is the president and CEO of Medicare Advantage Specialist, Inc., an insurance marketing firm in Birmingham. Welch has been a field superintendent in the drill shaft construction industry for the past 32 years. 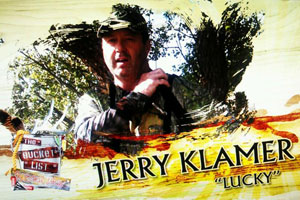 Klamer and Welch have been friends and hunting partners for more than 30 years, as they grew up together in the Birmingham area. During the show, Klamer dons the title of “Lucky” to show how easily he can find his prey. Although this irks Welch, or “Grumpy,” he typically spends much more time trying to find his trophy.

“The show is unique with two true characters, two guys (who are friends) competing against each other,” Klamer said. “(Welch) is very monotone; I’m very excited.”

Klamer said the show’s producer was able to take the non-scripted footage and create the show’s dynamic of Klamer and Welch’s contrasting characters. 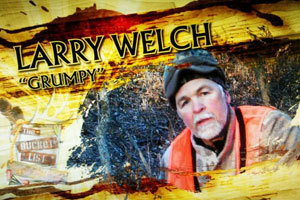 Hueytown's Larry "Grumpy" Welch chooses to only bow hunt, as he grew "bored" with gun hunting more than 15 years ago. (Contributed)

Welch said he continually earns the “Grumpy” moniker, as he “can appear grumpy” toward the cameraman at times.

“Because I’m so intense about my hunting, I can appear to be a little grumpy trying to make them (the cameramen) be still,” Welch said. “I’m not every excitable, so I guess I can come across a little grumpy.”

While the show seems to give Klamer the luck of the draw, Welch, an avid bow hunter, admits that he’s a successful hunter in the end.

“I actually have real good luck. Hunting is a sport where you’re not always successful because they game doesn’t always cooperate, but over the years, I’ve been very successful,” Welch said.

“The Bucket List” shows Lucky and Grumpy in action every Sunday at 3 p.m., Tuesday at 2 a.m., Wednesday at 3:30 p.m., and Friday at 5 a.m. on The Sportsman Channel. The show is set to run through the first two quarters of 2012. The duo will film seven new episodes in the first quarter and six additional episodes in the second quarter, with reruns airing between the new episodes.

To learn more about the show, visit Thebucketlistoutdoorsshow.com.