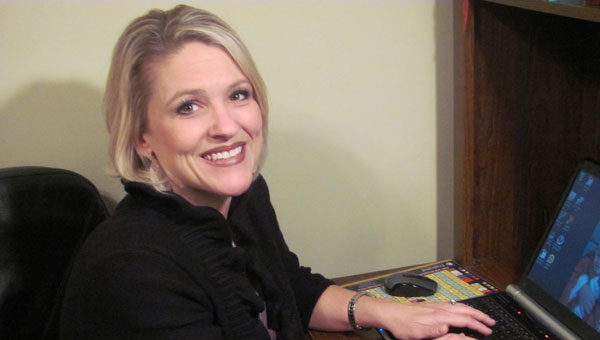 Alabaster residents Lori Davis and her husband, Todd, are active at Westwood Baptist Church, and have many friends in the community. (Contributed)

Having lived the majority of her life right here in Alabaster, Lori Davis considers herself a “local.”

As a youngster, she took dancing, gymnastics, cheernastics, went to church, the beach, spend-the-night parties and shared all those silly girl “secrets” with a host of best friends. Bubbly, pretty, a true friend and very popular in high school, Lori, as a freshman in high school, received quite a surprise. Her parents, who had married young, were expecting a baby. How embarrassing, the sisters thought.

Such great memories they have shared now as a diverse and loving family. Ups and downs, relocations, happy and sad occasions…we all have them.

After graduating from Thompson High School in 1994, attending Jacksonville State University for five years, being a Phi Mu and changing majors at least four times, Davis still had no degree.

She moved to West Georgia and did another college stint. After six years she took a break from school, came back to the Birmingham area, and got a full-time job at a recruiting and temporary staffing office. While employed full-time, that elusive degree (from Faulkner University) became a reality.

With a return to home territory and a break from a long term, dead end relationship, Davis got back on track with family and friends. Sister, Lisa, and brother-in-law, Jeff Conner, along with friends Scott and Michelle Brakefield, set Lori up on a blind date with former University of Montevallo baseball player Todd Davis.

“It was a God thing — meant to be. The attraction was instant, and I fell for Todd over a plate of chicken spaghetti,” she said.

Because they knew so many mutual friends but had never met, they quickly discovered “connecters” and similarities. Both sets of parents were long-time married and had raised their own kids in Christian homes. Ironically, both dads even loved hot rods and old cars.

In August 2004 (three months after college graduation), she and Todd Davis were married. Daughter, Neeley, was born in August of 2006 and daughter, Blakely, in August of 2008.

As part of living a Christian life, the couple is involved in a small group at Westwood Baptist, and Davis loves seeing Jesus through the eyes of children (she helps with first- graders).

“The Devil is working hard in our world. God is our protector and director. He and He alone provides us with what we need,” Davis said. “With his unconditional love, life is manageable. I want my family with me in Heaven.”

Davis’s job in the tobacco industry is considered controversial by some. Davis uses her opportunity of being in a different place every day to plant that small seed.

A trip to Disney when the girls get older and a return trip to their Mexican honeymoon are in the future plans for this family.

With her sister across the street, Mother three miles away and mother-in-law four miles the other way, Davis knows she is blessed with a “support net.”