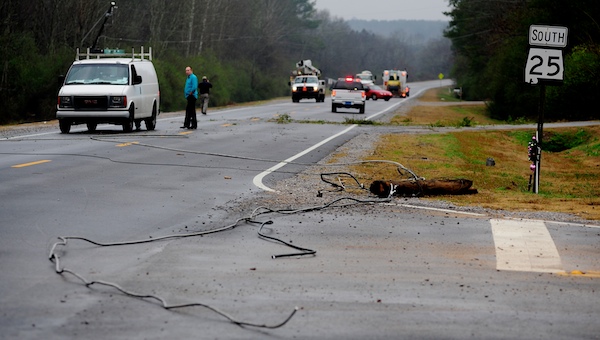 Columbiana emergency responders work the scene of a motor-vehicle accident that blocked the road near the intersection of Alabama 25 and Old Highway 25 in Columbiana. (Reporter Photo/Jon Goering)

Columbiana – A semi-trailer truck has pulled power lines down into the roadway near the intersection of Alabama 25 and Old Highway 25  in Columbiana.

Vehicles are currently being detoured around the site as both lanes are affected.

Ike Pigott, spokesperson for Alabama Power, said that 77 customers were affected and  he expects the situation to be remedied before noon.

Check back for more information as it is received.