Calera Chamber of Commerce installs 2012 board of directors 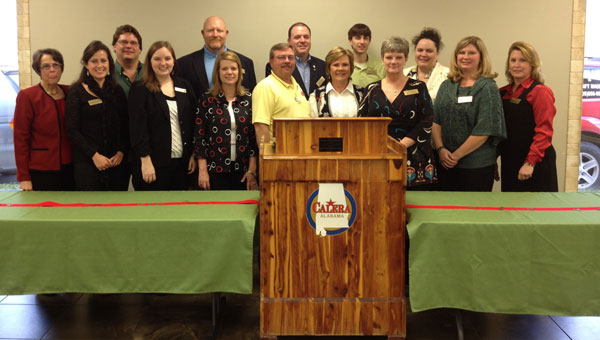 2012 Calera Chamber of Commerce Board of Directors present at the December luncheon. (Contributed)

The Calera Chamber of Commerce is dedicated to uniting and engaging its members to ensure the ongoing prosperity and family-oriented quality of life in Shelby County. The incoming 2012 board members were announced during the December luncheon.

In other business, the first Calera Chamber Fire Fighter and Police Officer of the Year awards were presented.

“Justin is motivated and motivates his crew,” Kendrick said. “He’s very level headed and committed not only to Calera, but his own community. Justin commanded 50-60 firefighters in a large fire in Alabaster. That speaks highly of his leadership.”

“Mike is a true inspiration to the entire department, he leads by example,” Lemley said. “In a recent call he was suspicious of a guy walking from the scene and could have called it in. Instead he pursued him on foot, not knowing if the suspect was armed. He also was directly involved in making an arrest in the two-week crime streak of Waffle House restaurants. Mike’s gone beyond the call of duty countless times.”

A different breed of chicks