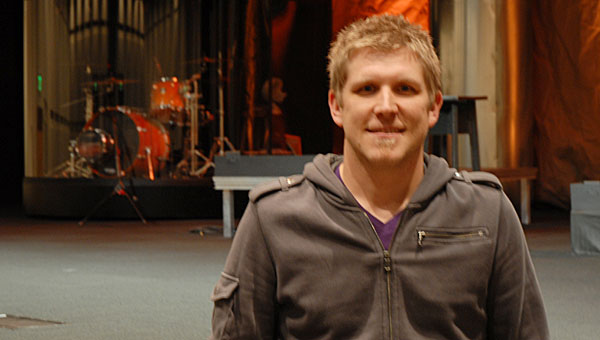 Blake Lindsey, pastor of the Church of the Highlands Riverchase campus, recently got much more space to worship after crews finished building a new sanctuary, office wing and common area. (Reporter Photo/Neal Wagner)

The first time Church of the Highlands Riverchase campus Pastor Blake Lindsey saw the church’s new 900-seat sanctuary filled to capacity, he was finally able to enjoy a sigh of relief.

“By the time we got out of our old building, we were holding five services every Sunday,” Lindsey said, noting the church also hosts Hispanic services on Saturday nights.

With the help of the church’s new addition, which has more than doubled the size of the campus off Shelby County 261 in northern Pelham, Lindsey and other church officials have been able to cut the number of Sunday services down to three: One at 9:30 a.m., one at 11:30 a.m. and one at 6 p.m.

What used to be a relatively small church building measuring about 17,000 square feet is now a sprawling 40,000-square-foot campus along one of the city’s busiest roadways. It took construction crews nearly a year to complete the additions, which included a larger sanctuary, a new office wing and a common area and café surrounding the sanctuary.

“We are not a program-driven church. We have the mindset that we want to keep things simple so everyone can be involved,” Lindsey said. “This just gives us more room to do the things we were already doing.”

“We actually had traffic studies done before we started building,” Lindsey said, noting crews also added a turn lane on Shelby County 261 to ease the traffic flow on Sundays. “Because the parking lot loops around now, the police can empty it out very quickly now.”

Because the Riverchase campus is a satellite facility for the main Church of the Highlands campus off Grants Mill Road in Birmingham, the congregation receives live feeds from the main building during each worship service.

The Riverchase campus has its own worship team and band, which lead the worship services until the sermon is delivered.

Lindsey said he has been enjoying the new building, but he said he only views it as a tool to conduct the church’s work. The first service held in the new sanctuary on Jan. 1 drew about 2,800 people, while the next week’s service drew about 2,700.

“The building is nice, but it’s not just about a building,” he said. “It’s about having the space to serve people the way the Bible instructs us. The Lord has done so many great things here.” 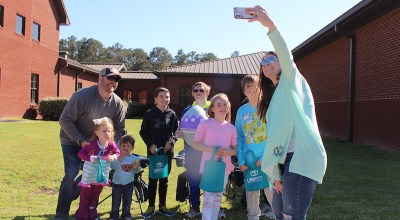